AKA speaks on whether he regrets his infamous video call with President Ramaphosa.

If you’ve been on Twitter since yesterday, then you must have felt a bit of AKA’s ire. The rapper has been furious at the SA government for the repeated ban on alcohol and cigarettes. He has taken to Twitter to voice his complaints about it all.

He revealed that over a million jobs in the alcohol industry would be lost. He slammed the government for not considering the people who would be out of jobs, and stated clearly that former president, Jacob Zuma would have handled things better. 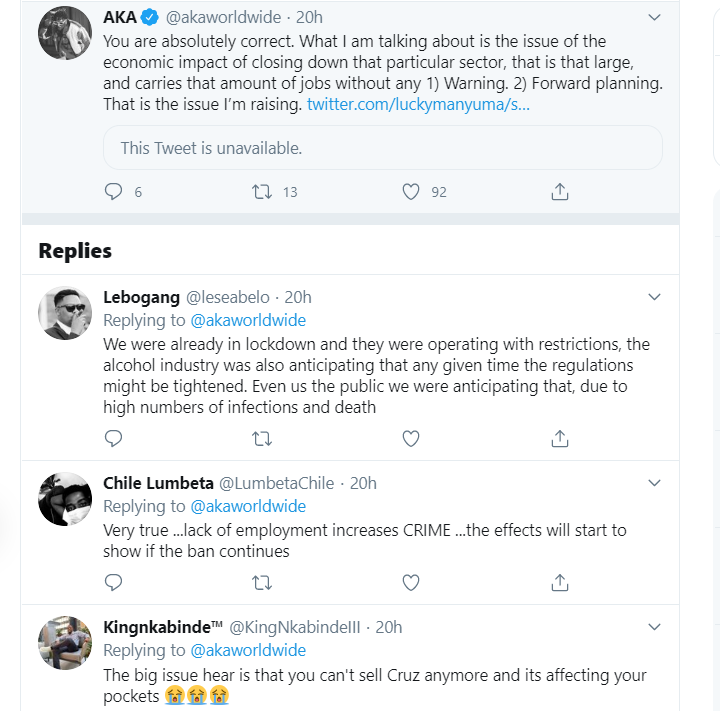 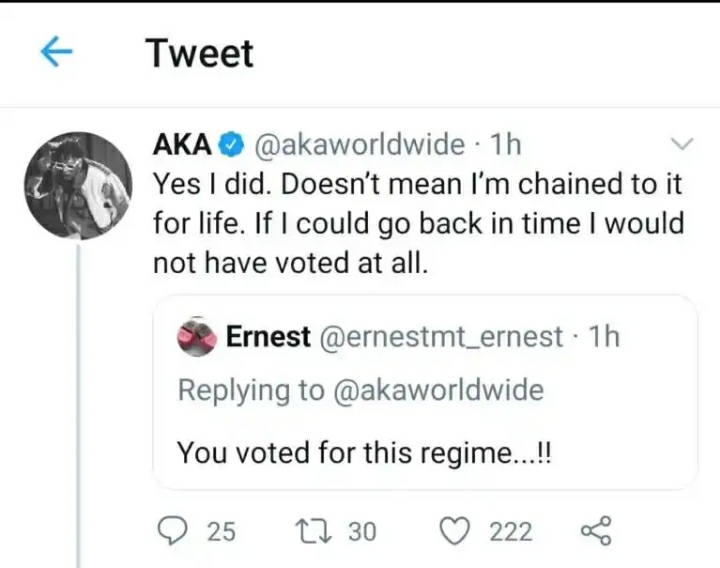 Tags
AKA
John Jabulani Send an email 23 July 2020
Back to top button
Close
We use cookies on our website to give you the most relevant experience by remembering your preferences and repeat visits. By clicking “Accept All”, you consent to the use of ALL the cookies. However, you may visit "Cookie Settings" to provide a controlled consent.
Cookie SettingsAccept All
Manage Privacy