Cassper Nyovest has got a new name for himself – Don Billiato – which references the alcohol brand he’s about to launch. But some social media users and some of his fans think he should now be called “Don Blockiato.”

The reason for the new name is that Cass has a tendency to block his critics online, or those who question his achievements as a musician and as a businessman. Anything and anyone that that might affect his mental health, the Family Tree boss obliterates from view near instantly.

It all started when Cassper tweeted that he is so far gone as a person and musician that all the nonsense people to about him don’t get to him whatsoever. He also noted that most of the criticizing him would readily switch lives if they had the chance.

This prompted controversial YouTuber Slik Talk to launch an attack on the “Doc Shebelza” hitmaker, accusing him of lacking emotional maturity. He implored the Family Tree boss to stop blocking people who have negative things to say about him.

Social media users had hopped on the same narrative, and before Mzansi could take a deep breath, Cassper Nyovest was being called Don Blockiato. He’s the first South African rapper to be so named. 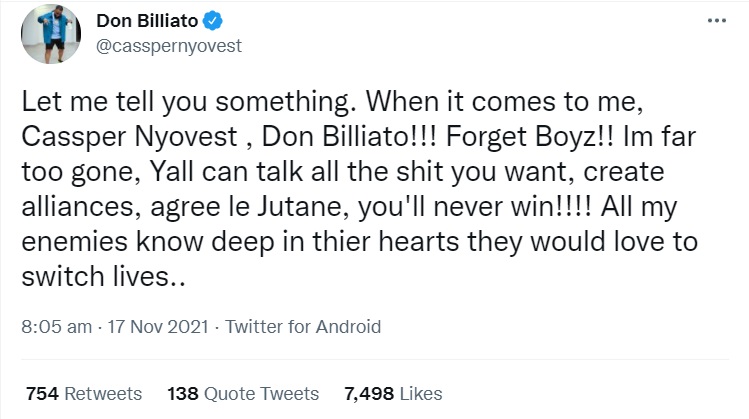 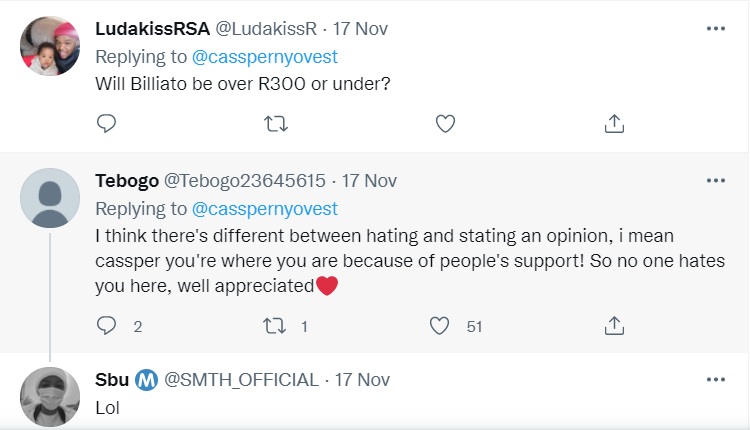 Tags
Cassper Nyovest
John Israel A Send an email 18 November 2021
Back to top button
Close
We use cookies on our website to give you the most relevant experience by remembering your preferences and repeat visits. By clicking “Accept All”, you consent to the use of ALL the cookies. However, you may visit "Cookie Settings" to provide a controlled consent.
Cookie SettingsAccept All
Manage Privacy