South African singer Donald has dismissed claims that he’s the biological father of the rapper The Big Hash.

A South African disc jockey had shared a mashed-up image of The Big Hash and Donald showing just how alike they look. In the caption, the DJ had asserted that the RnB singer is the father of The Big Hash.

About the post, Donald appeared in good humor. He shared it, laughing at the supposed joke while indirectly implying that he’s not the father of the up-and-coming rapper.

As far as Donald is concerned, South African hip hop is always “whyling.” The Big Hash hasn’t said anything so far, however. You can check out the post below. 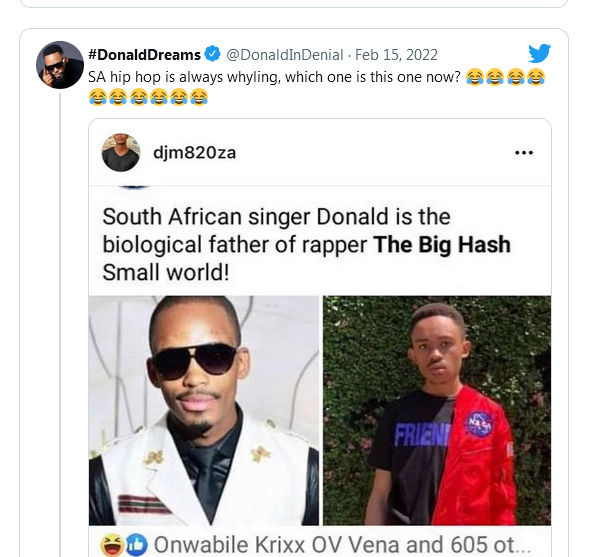 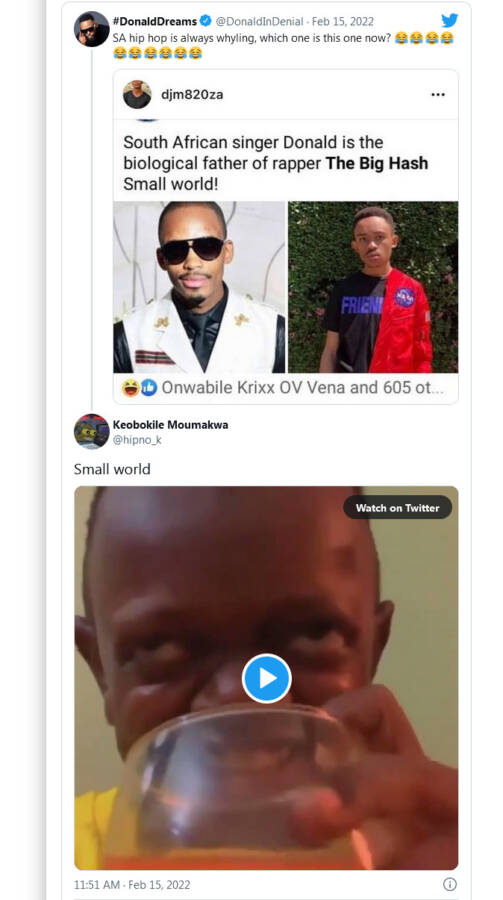 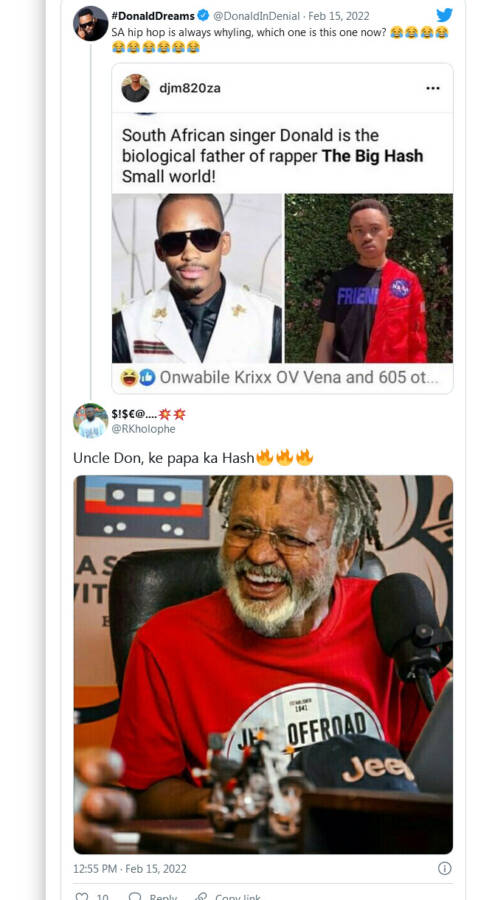 Although Donald is into RnB and not hip hop, he fancies himself a versatile artist and has once made it clear that if he should delve into amapiano, the current kings of the genre will be jobless.

So far, he’s yet to carry out that threat. Maybe he should threaten hip hop as well, since the rap musos have no chill, having pushed the narrative of him being a father to The Big Hash.

Until then, y’all might join him as he has a good laugh over the paternity claims.

Tags
Donald The Big Hash
John Israel A16 February 2022
Back to top button
Close
We use cookies on our website to give you the most relevant experience by remembering your preferences and repeat visits. By clicking “Accept All”, you consent to the use of ALL the cookies. However, you may visit "Cookie Settings" to provide a controlled consent.
Cookie SettingsAccept All
Manage Privacy