There are some friendships in the SA music industry that are just beautiful to follow. It isn’t everyday you see two celebrities who are genuinely into being friends with each other. That’s without wanting anything out of it.

According to Prince Kaybee, that’s why he’s friends with R&B star, Donald. He revealed he’s been real from the start. The two artists have been friends for a while now, and have always supported each other’s careers so well. As we all know, Prince Kaybee is currently shooting the video for his song “Hosh” featuring Sir Trill, and Donald is doing it with him.

Sharing a photo from the scene of the shoot, the R&B star asked fans if they really look alike as many have said. A lot of the replies on the post affirmed it. We also think there’s a good resemblance there. What you guys think about it? Do they look alike? 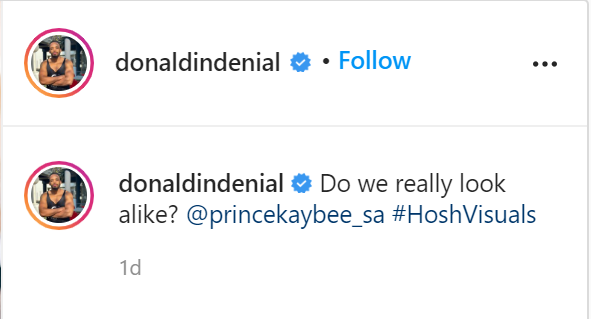