Donald says he has never had a music career while replying a troll on Twitter.

We doubt if there is any celeb who hasn’t fallen victim to trolls on the internet. It doesn’t matter how big you are, once there’s something to your name, you’ll definitely get your fair share of faceless bashing.

R&B and Soul star, Donald recently fell victim to a troll’s subs but he handled it so well. The Mzansi singer took to the platform to ask his followers how their summer bodies were coming, and got the opposite of what he expected. Taking a jab at him, a troll replied saying his Summer body is non-existent just like his music career.

Replying him, Donald claimed that he has never had a music career but a legacy. He further told the troll that he would know him forever. Now tell us if that isn’t the best reply to that. 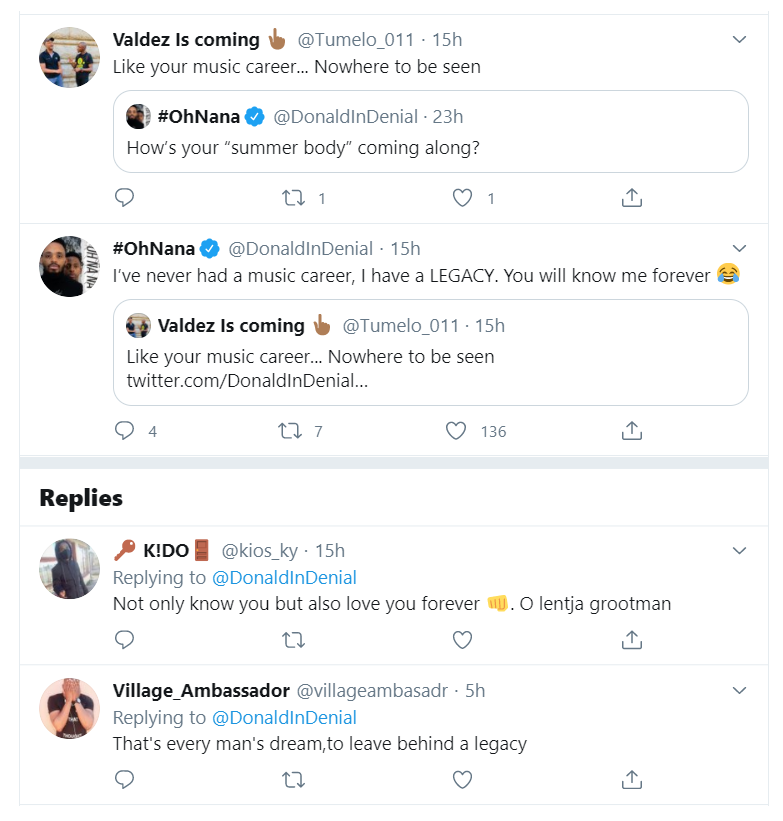