South Africa’s athletics ace Caster Semenya is trending. However, he’s only indirectly the reason he’s trending. The reason is that some social media users are calling double standards in the sport.

American swimmer Lia Thomas has just been recognized as the first transgender athlete to win an NCAA Division 1 title.

Lia is white, was born a man but transitioned to a woman along the line. And he’s permitted to compete with women who have never had a sex change along the line.

In contrast – and this is what’s got many people raging in anger – Caster Semenya is also transgender/ intersex, but he’s not allowed to compete with women.

According to some social media peeps, it’s a clear sign of double standards. Some even insist that whites change the rules at their whim as long as it will favour them. However, some critics took it a notch, insisting that it’s blatant racism. 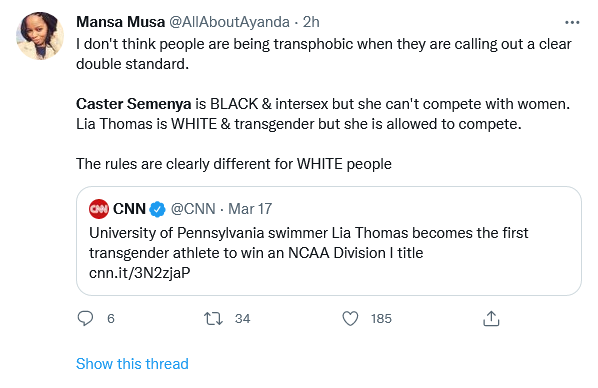 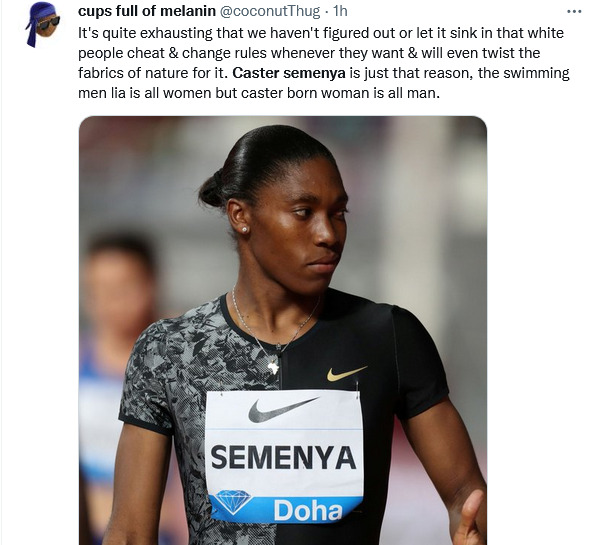 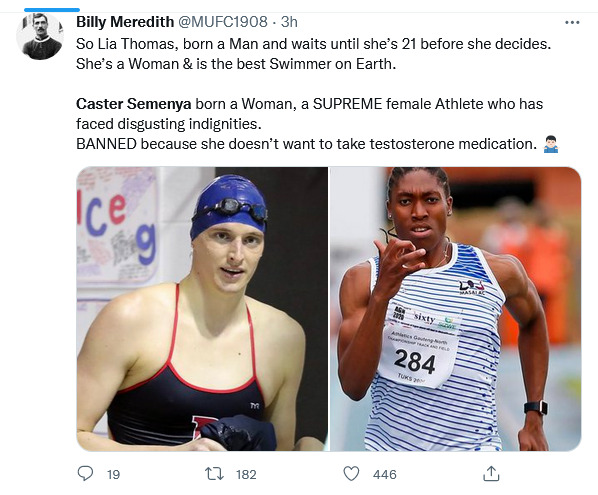 Last we checked, Caster Semenya hasn’t said anything about comparing his case to that of Pia Thomas and how unjust it was that the same rule did not apply to him and Pia.

However, from his latest tweet, it’s clear that he loves athletics, and nothing can kill that love.

Tags
Caster Semenya
John Israel A Send an email 19 March 2022
Back to top button
Close
We use cookies on our website to give you the most relevant experience by remembering your preferences and repeat visits. By clicking “Accept All”, you consent to the use of ALL the cookies. However, you may visit "Cookie Settings" to provide a controlled consent.
Cookie SettingsAccept All
Manage Privacy