Any true fan of Hip Hop would be excited to see the recent photos of the boys hangout involving Snoop, Dre, Fred Wreck, the legendary D.O.C., Xzibit and Anderson .Peak. This is indeed something to celebrate.

While many have fallen out with each other after decades of friendship, these icons have gotten even closer and held on to their bond for decades now. Dr. Dre and Snoop Dogg are one legendary Hip Hop duo whose partnership has birthed some iconic hits. They include “Dre Day”, “Nothing But A G-Thang” and classics including “Chin Check”, “The Wash”, “Imagine”, “Buck’em”, and more.

It is obvious that West Coast Hip Hop exists and is strong because of the foundation laid by these two. The boys reunited and flooded social media with photos of themselves enjoying time out with each other. This should bring so much happiness to the hearts of every Hip Hop fan. It is inspiring to see that decades of friendship can define Hip Hop in the way theirs have.

Everyone knows that Xzibit and Dr. Dre are cooking up new tunes in the studio just like old times. That should be fun to hear. Check these photos out and have your day made. 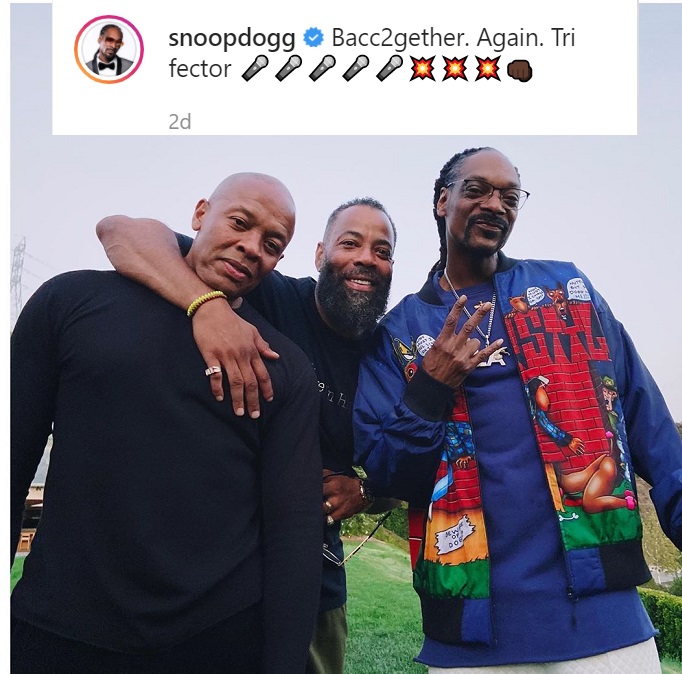 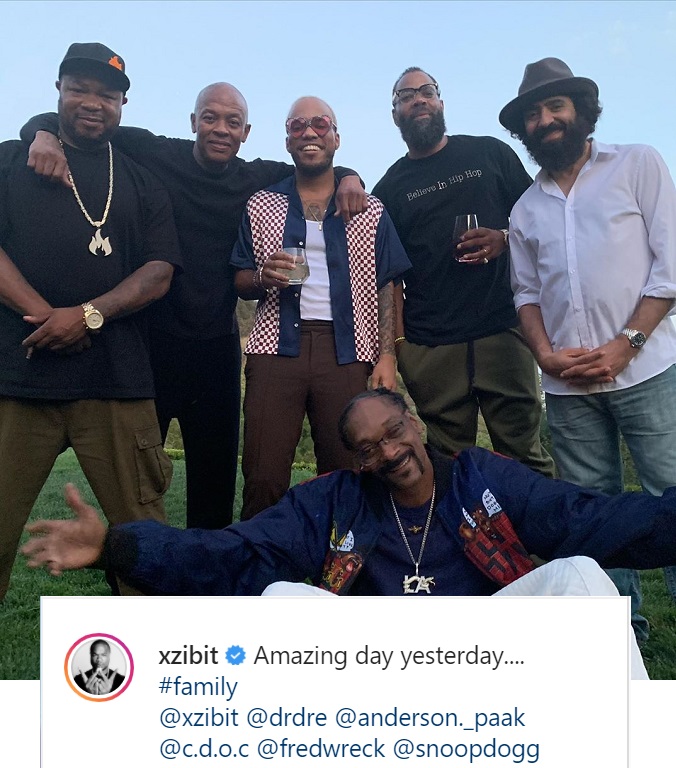