Dr Malinga Of Lingas Entertainment has just signed two new artistes to his record label. The serial entrepreneur and music executive announced the new signings in a recent Instagram post.

The two new artistes go by the stage names Seven Step SA and Loverss. Dr Malinga shared images of them and encouraged his fans to follow them on social media. You can check out his post below. 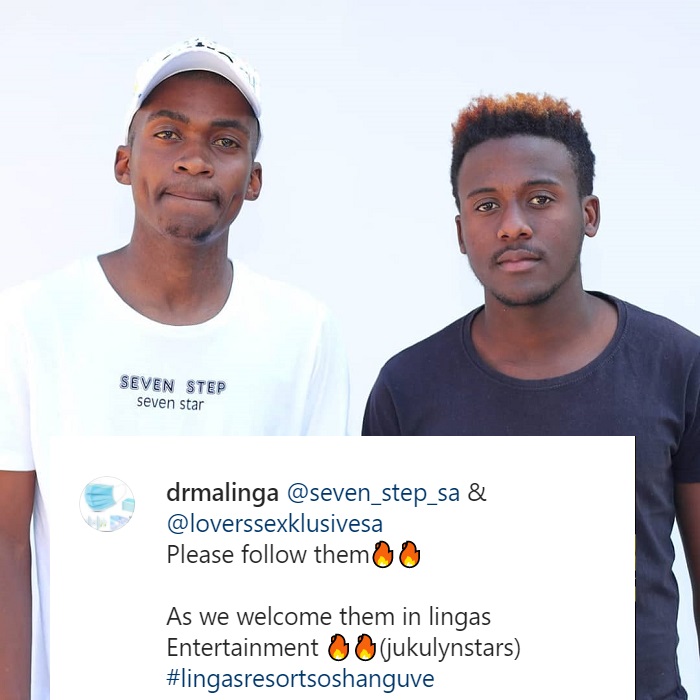 The two artistes are pretty new on the scene and their given names are not even on their profile. However, they are no strangers to each other. In fact they have collaborated previously and even go by the name Jukulyn Stars SA as a group. You can check out their collaborative song below.

According to Seven Step SA, he has either produced for or worked with Leon Lee, Zulu Naja, Zing Mastar, Dr Malinga, King Monada Music, and Nelly Mawaza.

Well, having signed a contract with the record label, the next step would be to release a song under the new imprint. There is no indication when fans should expect a song from the duo. But then whatever they should release would be available for streaming here on UbeToo.

Get ready by subscribing to our newsfeed and following our social media channels.

Tags
Dr Malinga Loverss Seven Step
John Israel A Send an email 2 September 2020
Back to top button
Close
We use cookies on our website to give you the most relevant experience by remembering your preferences and repeat visits. By clicking “Accept All”, you consent to the use of ALL the cookies. However, you may visit "Cookie Settings" to provide a controlled consent.
Cookie SettingsAccept All
Manage Privacy