Celebrated medical doctor and gospel minister Dr Tumi is said to be okay but shaken after his phone was snatched by along the highway.

The songster was making a call when a figure shadowed him and snatched his phone before making a quick getaway in a waiting white sedan.

A Twitter user who goes by the handle @MsNtfulini shared a clip of the incident, warning the public to be aware of the antics of robbers. A representative of Dr Tumi confirmed the incident, stating that the case has been reported to the police.

The same rep also averred the phone is replaceable; the loss of it is a mere inconvenience. The said phone is an iPhone 12, which has a market value of about R19k. 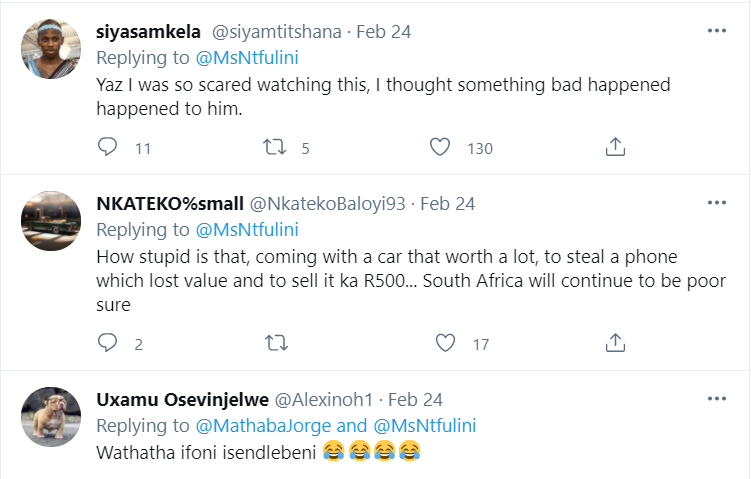 The news of the theft has provoked a conversation on social media. Some social media users sympathized with him on the loss of the phone; others asked the police to get on the case and arrest those involved.

Dr Tumi is one of South Africa’s most loved gospel artistes and the very first gospel singer to fill up the 20,000 capacity The Dome in Mzansi. He has filled up other massive venues as well.

Tags
Dr Tumi
John Israel A Send an email 25 February 2021
Back to top button
Close
We use cookies on our website to give you the most relevant experience by remembering your preferences and repeat visits. By clicking “Accept All”, you consent to the use of ALL the cookies. However, you may visit "Cookie Settings" to provide a controlled consent.
Cookie SettingsAccept All
Manage Privacy