Some fans of the Canadian rapper Drake are sad right now, the songster having deferred the release date for his intensely anticipated “Certified Love Boy” album.

Back in October 2020, Drake had promised to release the album in January 2021, provoking a fever of expectancy in his fans around the world.

However, in a recent update on his Instagram Story, the songster indicated the album will no longer be released in January, after all.

According to him, having just undergone surgery and rehabilitation, his energy is now focuses on recovery. He didn’t give a new date for the release of the album, so fans will have to wait for another announcement. See his post below. 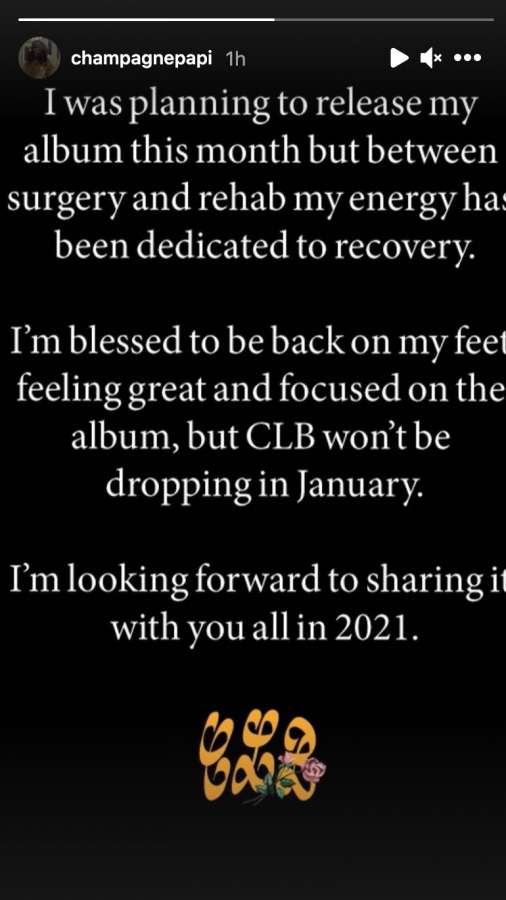 What do you think about the deferment in release date of Drake’s “Certified Lover Boy” album? You might want to join the conversation by dropping your thoughts in the comment section below