Just like Hip-Hop fans, the various artists under the genre also draw inspiration from other artists. Drake recently listed his 5 favorite rappers of all time.

Drake over time has proved his talent with his song releases. Owning one of the top trending track of the moment, he reveals those rappers that have inspired him over time. The American rapper made this revelation when he was replying Young Tony aka OVO hush’s comments on the social media platform.

Drake listed Biggie, Jay Z, Lil Wayne, Young Tony and Andre 3000 as artist who influenced his rap game over time. The artists he listed have either done collaborations, started beefs or inspired the rap game. The list came as no surprise, as they have managed to influence his music style over time and had one or more features in his songs. Drake is definitely inspired by the best. 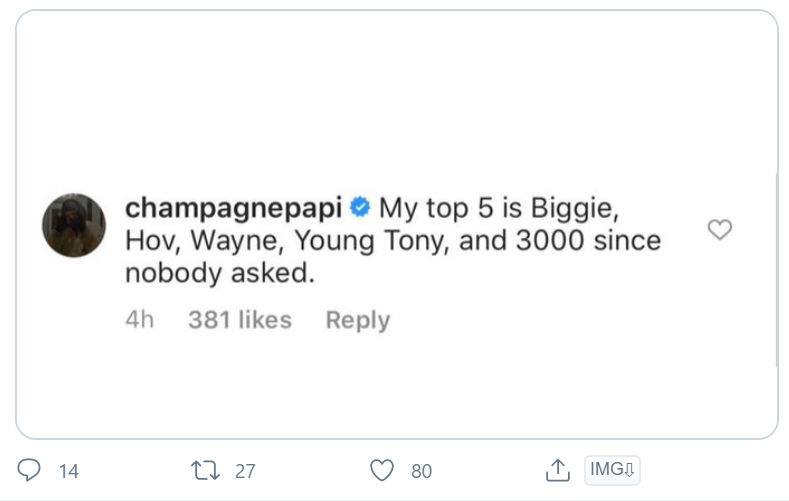