He was a top-flight footballer in his heydays. Doctor Khumalo may no longer be a player, but he has long earned his stripes, and his name still resonates among those who stand out in South African football. But how well does Mzansi know its own? Not too much, apparently.

That’s where a documentary comes in handy – to bring to light hitherto unknown aspects of the retired footballer’s life and career. And the revelations in the documentary so far have got some South African scratching their heads and others wondering if things could have been better.

In the documentary, it turned out the soccer star was fortunate to have many believe in him and his football talents even before he became famous.

Some of his fans are grateful for the documentary because it was released while he was still alive and not after his death.

Some viewers got emotional at the point when the soccer ace was overseas and got news of a parent’s death. And yet some simply think that the footballer should be given a chance to coach the South African national team, Bafana Bafana. You can check out some of the reactions below. 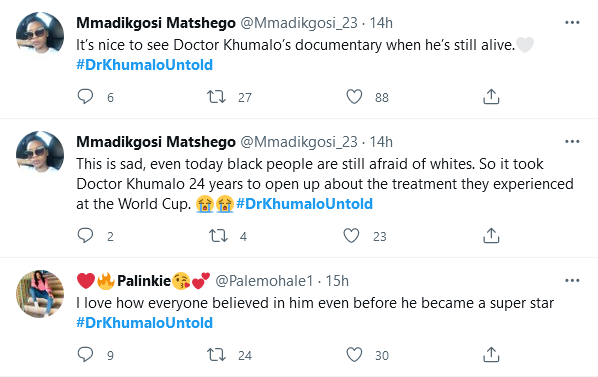 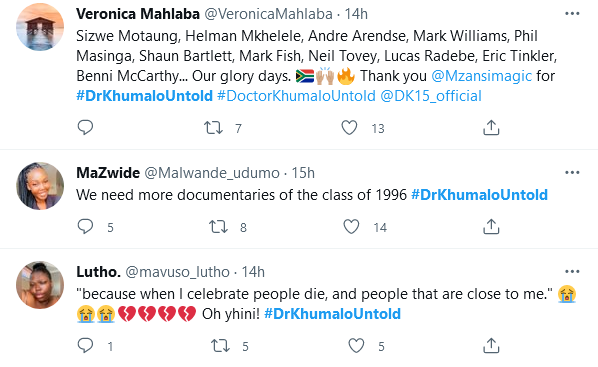 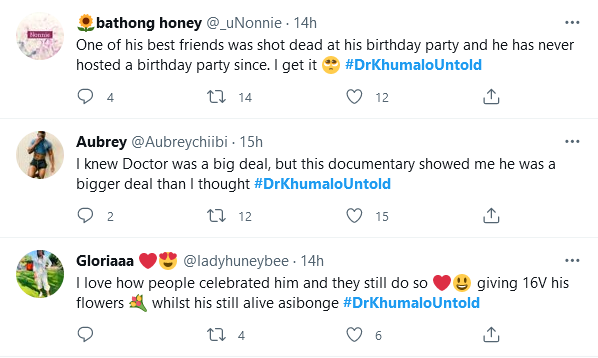 If you really want to know about the soccer ace on a deeper level, make sure to check out the doccie.

Tags
Doctor Khumalo
John Israel A17 October 2022
Back to top button
Close
We use cookies on our website to give you the most relevant experience by remembering your preferences and repeat visits. By clicking “Accept All”, you consent to the use of ALL the cookies. However, you may visit "Cookie Settings" to provide a controlled consent.
Cookie SettingsAccept All
Manage Privacy