Media commentator Phil Mphela has been vindicated after all. DStv has announced the cancelation of the popular telenovela The Queen.

In a tweet days back, Phil had announced that Brenda Ngxoli is no longer part of the cast of The Queen because she’s unable to agree with the production on her salary.

In reaction to Phil’s tweet, Brenda had noted that the commentator was lying. She was dismissive of his claims.

Her position was affirmed by Ferguson Film’s casting director Lesedi Ferguson, who called out Phil for trying to ruin someone’s career. At the same time, DStv had refused to reply to inquiries on whether the series had been canceled.

The platform merely promised to release a statement later in the week. And it did just that. the network not only announced the cancelation of the Queen, but it also noted that 1Magic’s Lingashoni is coming to an end as well. 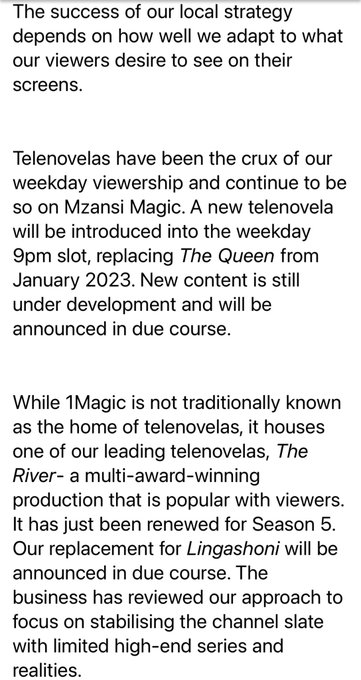 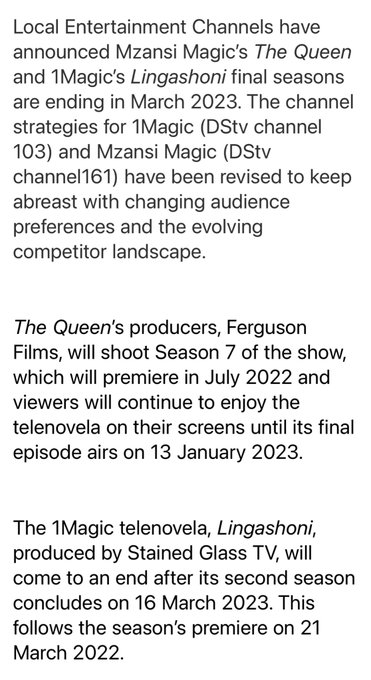 The confirmation of the cancelation has left many viewers sad. The Queen, in particular, was a great hit with the audience in Mzansi.

Tags
Lingashoni. The Queen
John Israel A Send an email 5 March 2022
Back to top button
Close
We use cookies on our website to give you the most relevant experience by remembering your preferences and repeat visits. By clicking “Accept All”, you consent to the use of ALL the cookies. However, you may visit "Cookie Settings" to provide a controlled consent.
Cookie SettingsAccept All
Manage Privacy