Duncan has confirmed he is no longer a Sphethu Records. In early January news had popped online that Duncan and Sphethu Records boss Ngane fell out. But Duncan wouldn’t say anything about that at the time.

It wasn’t until recently that he made it public that indeed he is no longer a part of the record label. Also, he alleged that due to the fallout with Ngane, he (Duncan) lost his official Facebook page and was asked to pay R90,000 to regain it.

He said he didn’t realize Ngane had take over his page until 2019. He accused Ngane of taking bookings on his behalf and taking the money from promoters. He described Ngane’s actions as theft. 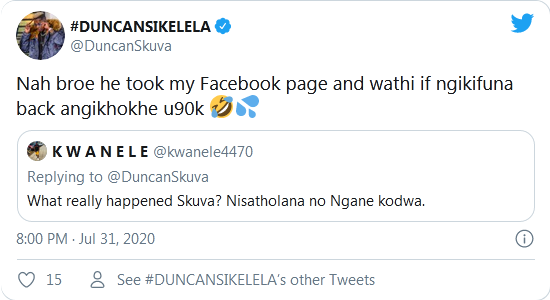 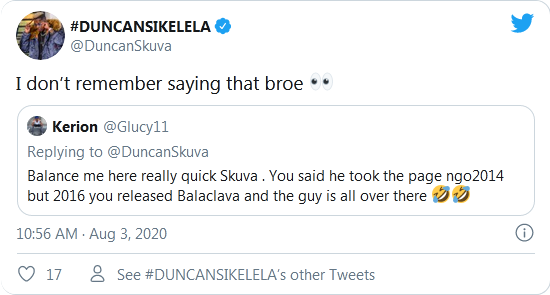 Duncan claims to have reported the case to Facebook but that the social network is yet to take action on his report. He said he is restraining himself from reporting to the police because all he wants right now is to have his page back. He and Ngane can then go their separate ways.

On his part, Ngane said he created the page and has every right to deactivate it. He said it is a company page that he created to promote Duncan’s work. He also claimed to have spent money promoting the page.

Also, he denied demanding R90,000 from Duncan,  saying the songster is broke.