Durban Gen appears to be the talk of Mzansi right now, with peeps expressing excitement and how they can’t wait to see the movie during its second season.

With the attention the flick has already garnered, especially after the casting call, it was inevitable that Durban Gen should find itself on the trends list in the Rainbow Nation.

Among the actors that will grace the Surban gen screen are the veteran actors Patrick Ndlovu and Lillian Dube. Sandile Mahlangu has also joined the cast and will be making his debut next month (April).

Calvin lands in hot water. Thabo’s lawyer has a plan to save him. Mbali gets lost in a moment with Thabo… 👀heheheheh#DurbanGen Tonight at 18:30. Only on eTV pic.twitter.com/b0cxY6n46c 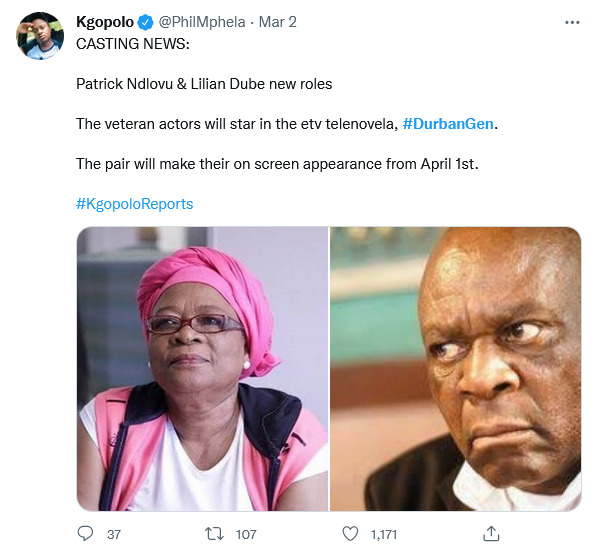 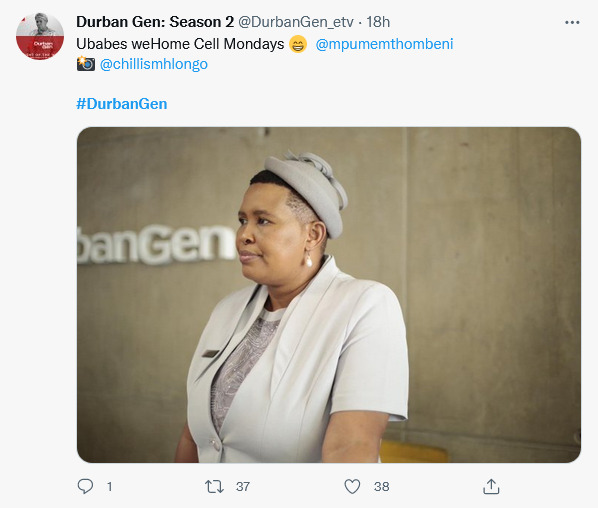 Durban Gen shows on the etv network every Monday through Friday, from 6:30 p.m. The series is already a favorite among many across South Africa, and they have made it a point to tell their networks on social media about what’s playing and what to expect.

The key highlight of Monday would be the arrest of “someone.” But of course viewers would have to wait so long to see who it would be. The suspense was all good and welcome.

Durban Gen  mirrors a little conflict supposedly in the Durban area, but the flick’s storyline is actually of universal significance, and a decision to check it out should be in order for anyone.

Tags
Durban Gen
John Israel A Send an email 8 March 2022
Back to top button
Close
We use cookies on our website to give you the most relevant experience by remembering your preferences and repeat visits. By clicking “Accept All”, you consent to the use of ALL the cookies. However, you may visit "Cookie Settings" to provide a controlled consent.
Cookie SettingsAccept All
Manage Privacy