Dwayne Johnson is a proud and happy daddy. So when his daughter Tia Gianna added a year, he celebrated her the way he saw fit: he praised her curious mind, her tenacity and other qualities he has long noticd in her.

The Rock celebrated Tia Gianna two days ago, when she turned three years old. In an Instagram post, he called her his sweetest little Tia and went ahead to spell out her qualities: loving, kind, tenacious and tough “like your mama.” 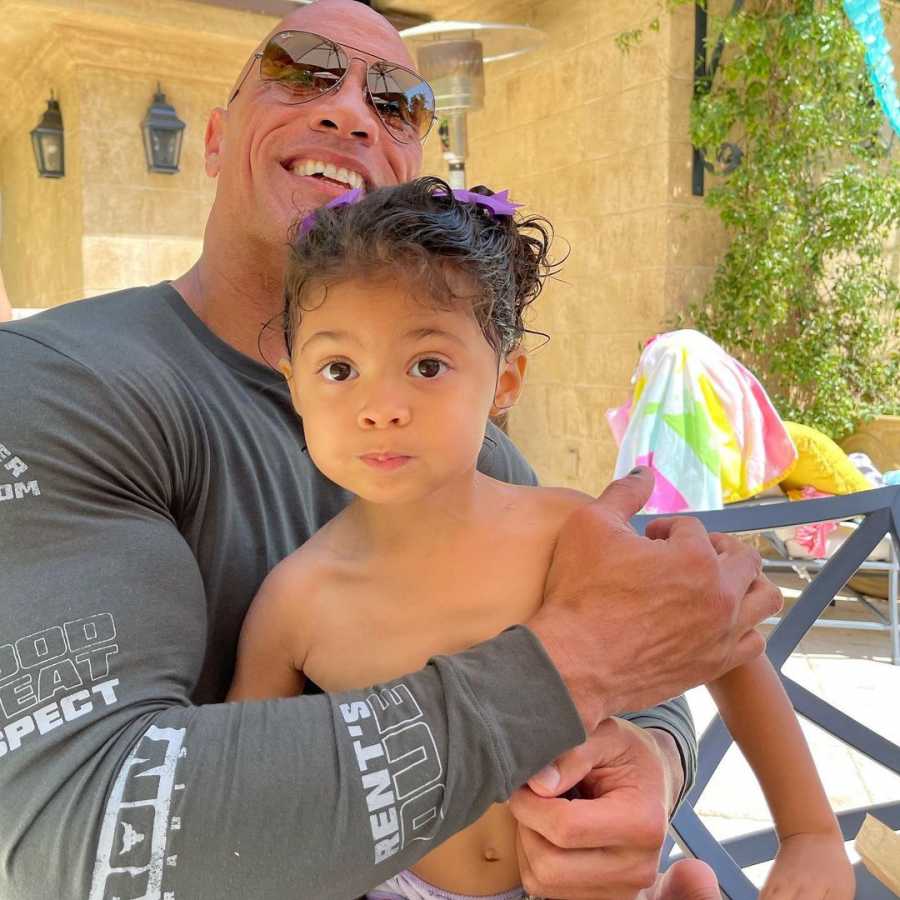 He also revealed that his greatest joy is in being her father.  Who wouldn’t be proud of, and take delight in, a child with an alert intelligence?

Tia Gianna might be only three years old, but she already has a curious personality. The Rock revealed that when she found out he’s from the Hawaiian island of Maui, she had asked him if he knew Aquaman. Interestingly, Tia Gianna is obsessed with Jason Momoa, who played Aquaman.

Little Tia Gianna is the last child of the American actor and producer who debuted on the film scene in 1996. The Rock has two other children, Simone Alexandra Johnson and Jasmine Johnson.

Got some kind words for little Tia? You may drop them in the comments section below, if you please.

Tags
Dwayne Johnson Tia Gianna USA
John Israel A20 April 2021
Back to top button
Close
We use cookies on our website to give you the most relevant experience by remembering your preferences and repeat visits. By clicking “Accept All”, you consent to the use of ALL the cookies. However, you may visit "Cookie Settings" to provide a controlled consent.
Cookie SettingsAccept All
Manage Privacy