Have you ever wanted to see Ecco on his own, killing it on a song? Well, you’re in luck because that’s going to be happening sometime this month. We have no idea when exactly.

The Mzansi star recently shared a snippet of his upcoming song and it sees him riding solo. This would definitely have a lot of fans rejoicing because the song isn’t bad at all. At least, what we hear is not.

The upcoming song samples “In The Rain” by The Dramatics. However, it is more soulful. We might have one of those slow jams in our hands. He also shared the month for the release, which actually proves that it is dropping this month. But he did not reveal the exact date for it. Hopefully, it drops soon, because we are already anticipating. 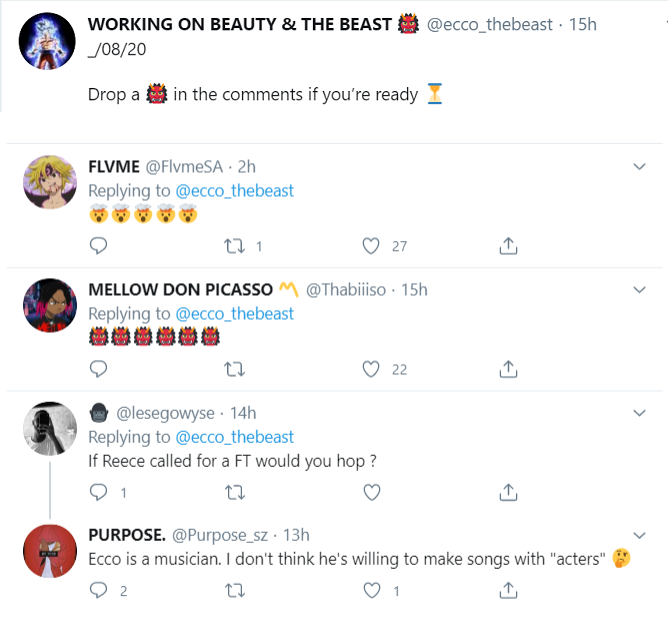 Tags
Ecco
John Jabulani Send an email 13 August 2020
Back to top button
Close
We use cookies on our website to give you the most relevant experience by remembering your preferences and repeat visits. By clicking “Accept All”, you consent to the use of ALL the cookies. However, you may visit "Cookie Settings" to provide a controlled consent.
Cookie SettingsAccept All
Manage Privacy