More details are currently flying across Mzansi’s social media on why Minnie Dlamini and her husband Quinton Jones are getting a divorce. At the outset, rumours had it that she had cheated on Quinton, and he opted for divorce because he couldn’t bear the betrayal.

At the moment, though, the word out there is that she had cheated with no other than the businessman Edwin Sodi. He was said to have founded her luxurious lifestyle and made his jet available to her and her friends. 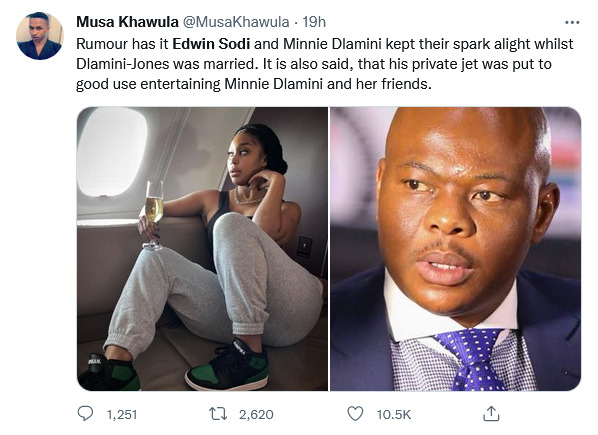 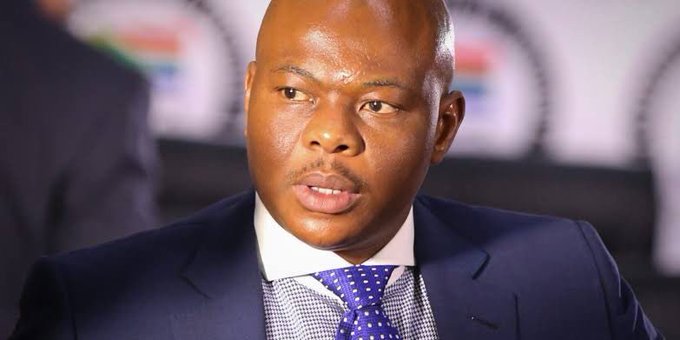 Sodi, a businessman, allegedly linked to tenders fraud, has had multiple engagements with other women. He’s said to be the man who ruined the rapper Proverb’s marriage as well as DJ Sbu’s relationship with his baby mama.

Amid all the allegations against him at the moment, including allegedly ruining Minnie Dlamini’s marriage, Edwin Sodi has been silent. 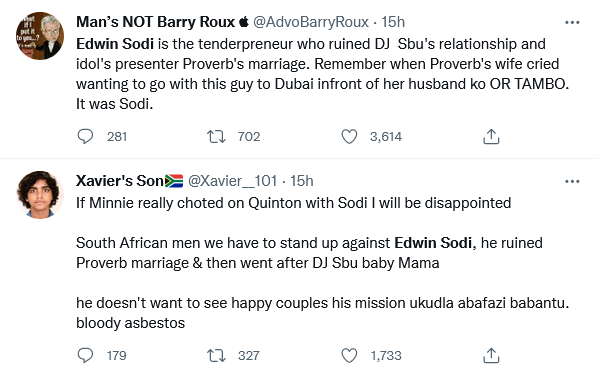 By the way, Quinton Jones is said to be earnestly seeking a divorce, but Minnie has reportedly declined to sign the divorce papers. Also, to show just how serious he is about not continuing with his relationship with her, he’d resigned from the joint company they own and wants to withdraw his 25 per cent stake from the company.

Tags
Edwin Sodi Minnie Dlamini
John Israel A Send an email 11 May 2022
Back to top button
Close
We use cookies on our website to give you the most relevant experience by remembering your preferences and repeat visits. By clicking “Accept All”, you consent to the use of ALL the cookies. However, you may visit "Cookie Settings" to provide a controlled consent.
Cookie SettingsAccept All
Manage Privacy