Elaine’s music video for “You’re The One” hits 4 million views on YouTube.

Let’s all take a moment to appreciate the talent that RnB star, Elaine is. The talented singer who took over the scene in 2019 with her debut EP “Elements” has been on a roller coaster ride to success ever since.

A few months back the released the official music video for the EP’s first official single “You’re The One”. The video immediately garnered praise from her fans and music lovers. Now, she’s revealed that it has hit over 3 million views on the platform. That’s her first 3 million actually. 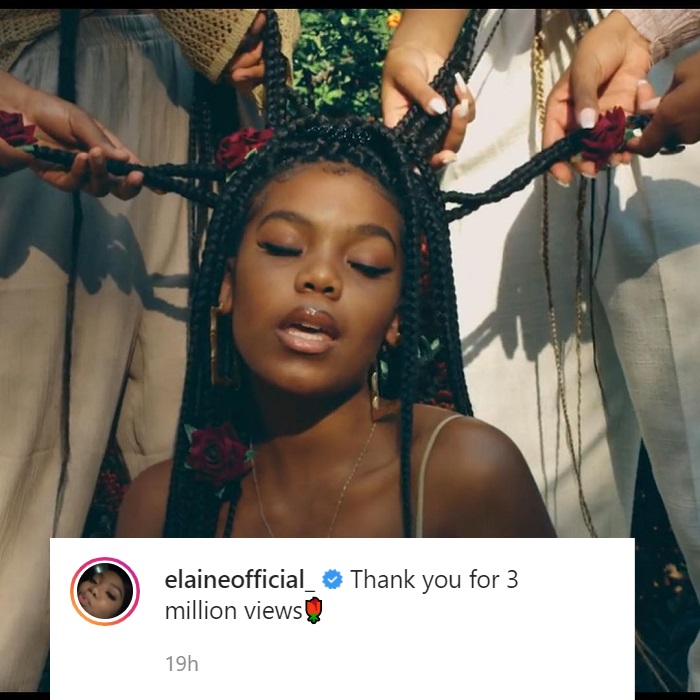 The RnB star has since released a video for the project’s second single “Risky”. The “Elements” EP was also certified platinum by the RISA a little while back. Elaine continues to record success after success, topping streaming charts and proving she’s a star to follow. We can’t wait to see what she does next.

Tags
Elaine
John Jabulani Send an email 17 September 2020
Back to top button
Close
We use cookies on our website to give you the most relevant experience by remembering your preferences and repeat visits. By clicking “Accept All”, you consent to the use of ALL the cookies. However, you may visit "Cookie Settings" to provide a controlled consent.
Cookie SettingsAccept All
Manage Privacy