Marshall Bruce Mathers III, the American rapper who goes by the stage name Eminem, had the morbid distinction of living to see the world declare him dead although he is still alive at 47.

The hashtag #RIPEminem trended on Twitter yesterday – and it is still trending – making many think the rap god was dead. It was soon confirmed the songster was alive after all. But the hashtag had caused some serious damage to some fans.

Some had wept and others had reported having emotional breakdown following the #RIPEminem trend. You may want to check out some of the reactions to the bizarre trend of Eminem’s death in the screenshots below. 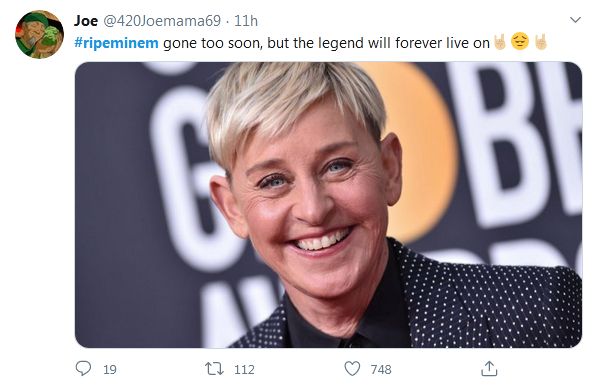 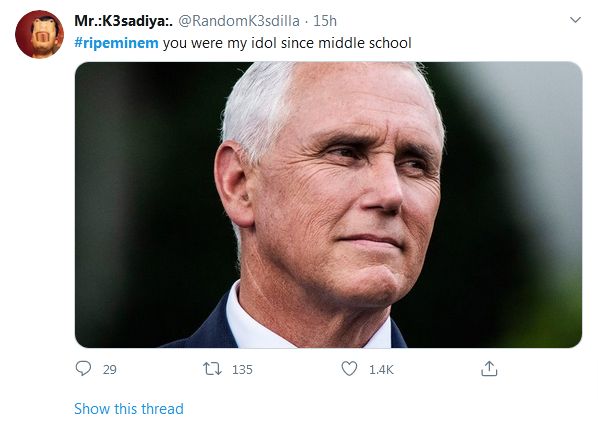 By the way, it is reported Eminem’s former girlfriend Mariah Carey drops her memoir soon. Eminem is expected to feature in the memoir, and according to sources he is fidgety and what she might say about him given their stormy relationship.

There is a common belief among some Africans that a man who lives to read news of his own death will actually live very long? Will this be the case with rapper Eminem? We can only hope so.

What do you make of the fake Eminem death trend? You may want to join the conversation by dropping your thoughts in the comment section below.