South Africa’s trap ace Emtee is in the spotlight again amid claims that he uses drugs. In response to that allegation, the “Prayer” rapper made it clear that he doesn’t use drugs.

The story of Emtee and alleged drug use dates back to 2019. Back then, through a Twitter account that has since been suspended, the songster had noted that he used to be a drug dealer.

He clarified that, notwithstanding, he never used what he sold. He was never a drug user but merely sold to others because he was hungry and needed to take care of himself. 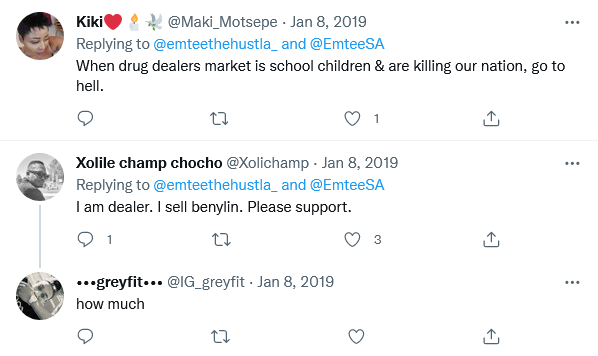 A year after that, allegations of drug use had resurfaced, and the songster shot it down, as well as those who are claiming sainthood and whatever. You can check out the tweet below.

This is 2022, and it appears like the specter of that drug thing isn’t ready to go away just yet. And Emtee has got words for those still peddling the drug use narrative. You can check the most recent responses here. 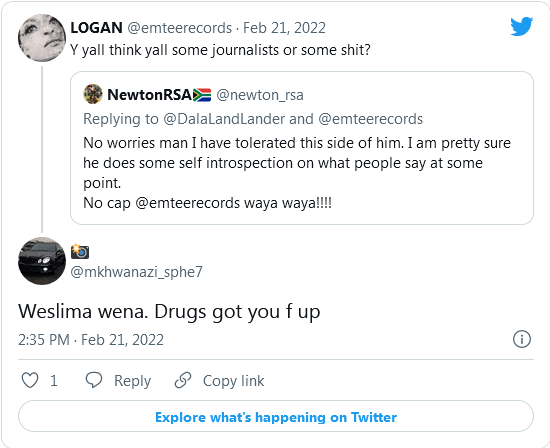 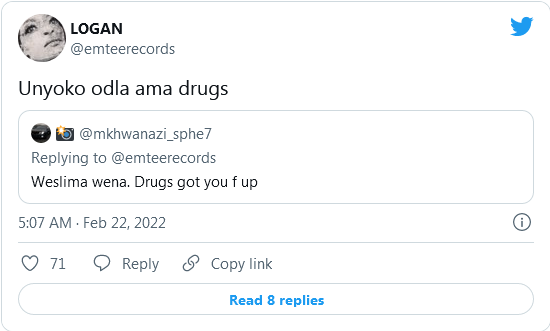 But how long will the songster keep defending himself and telling the same story of never having used drugs? It appears social media and its restless denizens might have the answer.

Tags
Emtee
John Israel A Send an email 22 February 2022
Back to top button
Close
We use cookies on our website to give you the most relevant experience by remembering your preferences and repeat visits. By clicking “Accept All”, you consent to the use of ALL the cookies. However, you may visit "Cookie Settings" to provide a controlled consent.
Cookie SettingsAccept All
Manage Privacy