Every now and again, we see a case of Mzansi celebs and impostors trying to make money with their name. This has become rampant in the Entertainment industry. The latest artist to become a victim is “Brand New Day” hit maker, Emtee.

The SA Hip Hop star recently took to social media to call out an impostor on Facebook trying to scam unsuspecting fans with his name. The page shared a fake fundraiser for “struggling artists during this lockdown”. Slamming the post, Tha Hustla revealed that neither he nor any of his staff has ever asked anyone for money.

Fans need to be careful what they donate to. The Mzansi rapper recently shared a new music video for his song “Wave”. He has also revealed plans to drop a new song tagged “iThemba” which is reportedly off the Logan album. 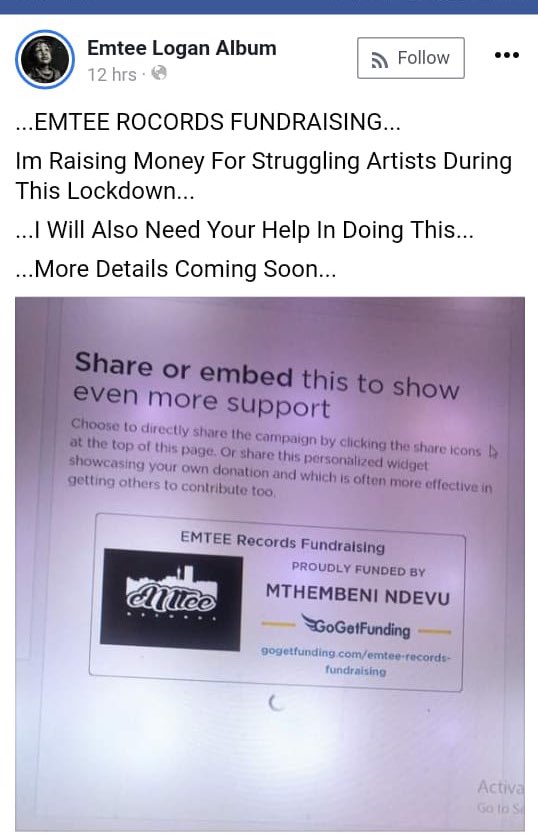