Emtee says he was wrongfully accused of being drunk by traffic officials.

“Brand New Day” rapper, Emtee has become one of Mzansi’s most entertaining celebs on social media. We all can’t deny he’s such a vibe, and we look forward to what he’ll say each day.

This time around, he’s coming for traffic officials who he says always stop him when he’s driving in the early hours of the morning. He first stated it in since-deleted tweets on Tuesday wondering why they always stop him in the mornings.

Well, he admitted to being high in a most recent encounter with the officials on Wednesday, July 8th. According to him, this time when they accused him to being drunk, he corrected them saying he was high.

In another tweet, he wrote, “How you expect me not to be high?” causing his fans to chip in. According to some, that’s the only state he’s always ever seen in. 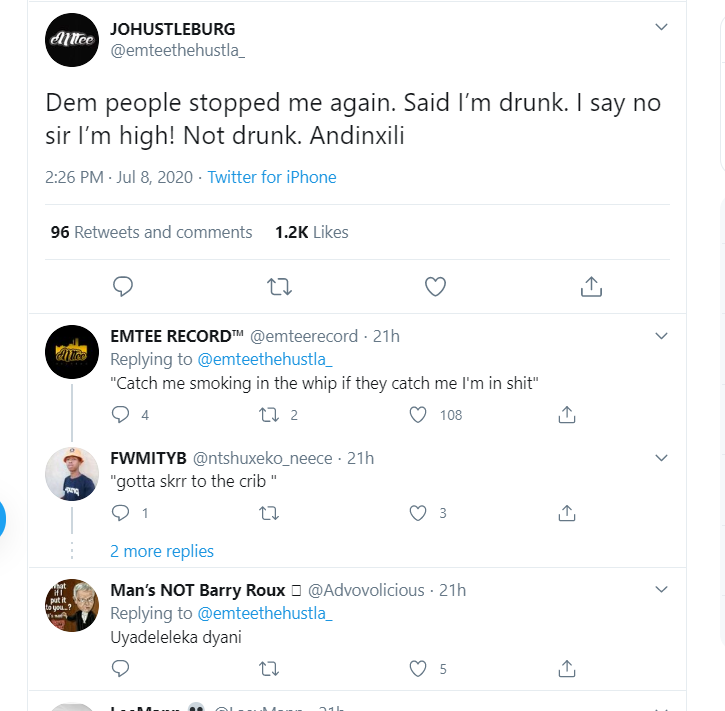 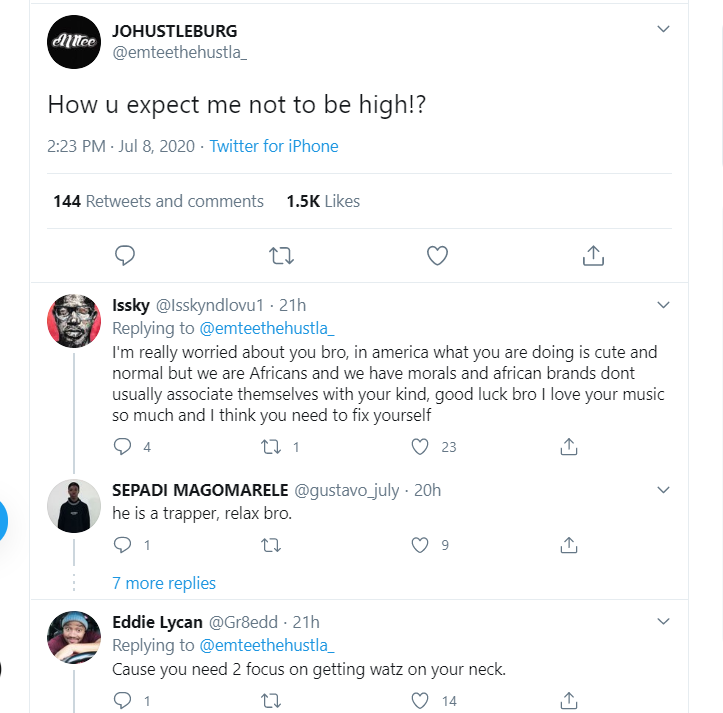