Emtee comes a troll who asked him where he gets his weed from.

It is nothing new that Emtee is no longer afraid of being trolled on social media. In fact, it has made him grow a thick skin, so troll away. One funny thing is, if you catch his eye, then he’s definitely going to come for you.

The Brand new day rapper, recently gave a troll a bit of what he needed; unwarranted publicity. The troll had dissed him which made Emtee ask him what’s up via dms. Questions about where he gets brand of weed were traded. The Mzansi rapper also shared a screenshot of their conversation to his page labeling the troll a “h**”.

The father of two has always been vocal about smoking weed. After he fell off the stage in 2018, he defended himself by saying he’s recorded music while high, and also performed high. Still, many people have trolled him saying he’s slow because of the weed. 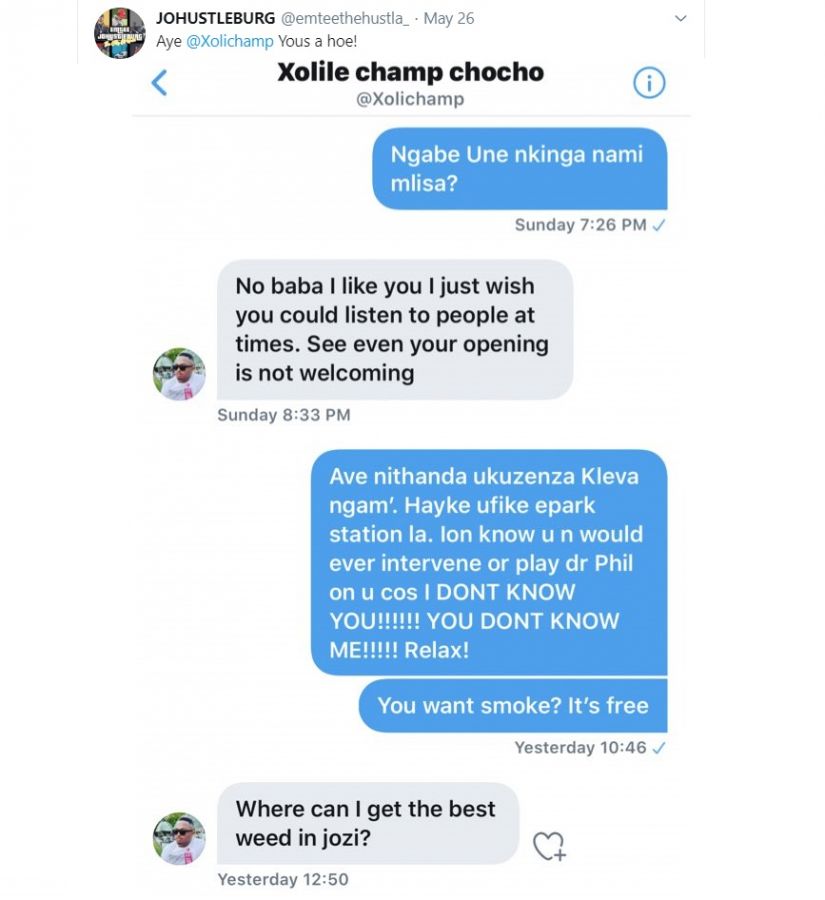 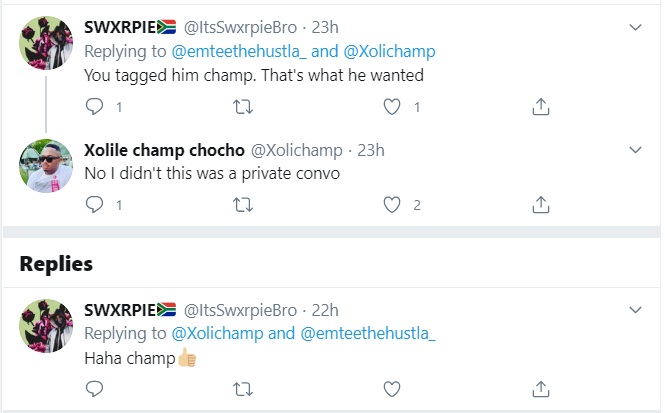