It is no news that Emtee is not a fan of Cassper Nyovest and he’s shown it in many ways. Although the “Good For That” rapper has constantly tried reaching out to him, it’s all been in vain.

The “Johustleburg” rapper is always ready to show what he thinks of him, and he did that recently. Reacting to a tweet that claimed Cassper Nyovest is greater than SA Hip-hop, he wrote “Offside”. Of course, fans of Cass took to the comments section to give him a piece of their mind.

One user went as far as calling him “empty”. According to them, he only uses Cassper Nyovest’s name anytime he wants people to talk about him. Some also pointed out he had nothing to his name after leaving Ambitiouz Entertainment. Sadly, Cass wasn’t on Twitter to see it. 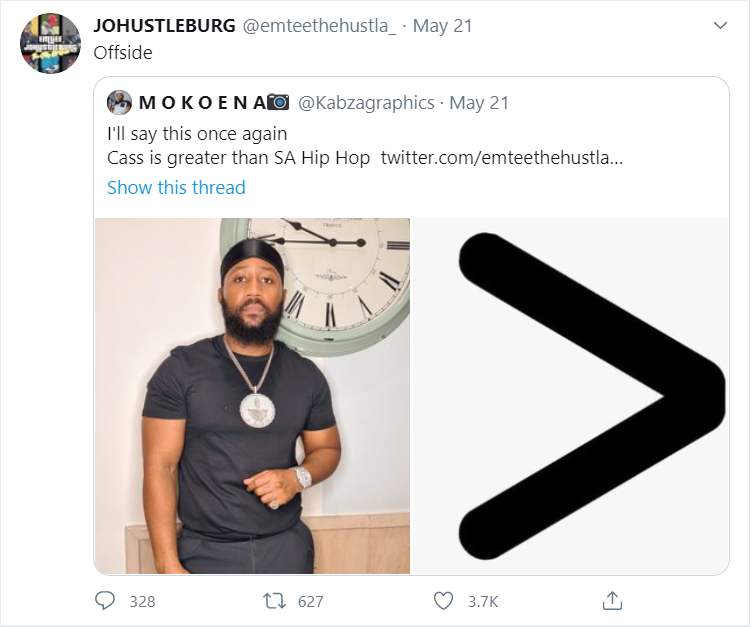