Emtee lashes out after fan adviced him to be more like A-Reece.

As usual, the “Johustleburg” hit maker went on a Twitter rant as usual, and fans were feeling it. Is anyone anyone these days? While some felt he isn’t a great example for young and coming rappers, one fan adviced to him to be more like his former river, A-Reece.

Of course, that didn’t end well. The “Waves” rapper flared up at the comment, stressing how he is better off as himself. He wondered why he should be like the next guy, calling himself a “leader, a pioneer, and a revolutionary”. Do you think he’s perfect the way he is? Do let us know. 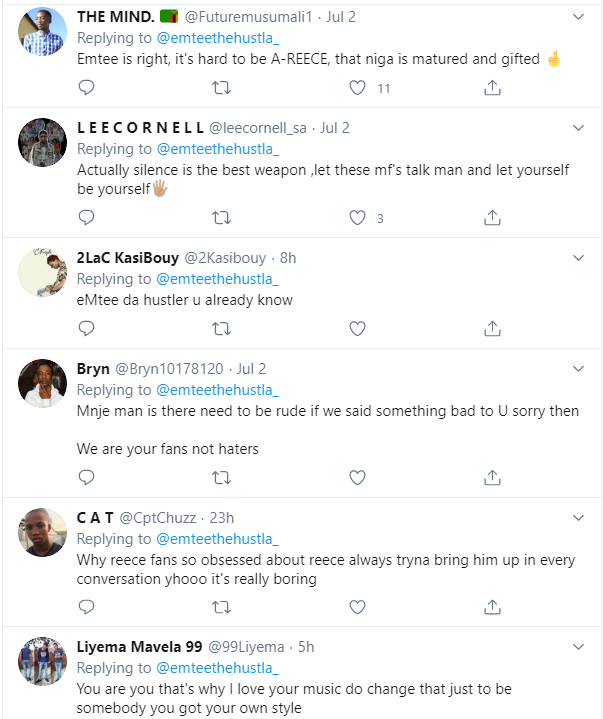