Emtee is not in the best of mood right now, having lost  hs friend and manager Lebo Maswanganyi.

When news of Lebo’s death hit town, many began speculating that he died from a possible drug overdose and that Emtee was with him at the time of his death.

In a statement released by Emtee Records, however, the label boss indicated he was heartbroken by his friend’s death but denied that he was with Lebo at the time of his death. It also dismissed claims Lebo was hooked on drugs.

The statement described the drug claims as both insensitive and inhuman to Lebo his family and his friends, particularly Emtee, at a time he is trying to come to terms with the loss of his childhood friend. 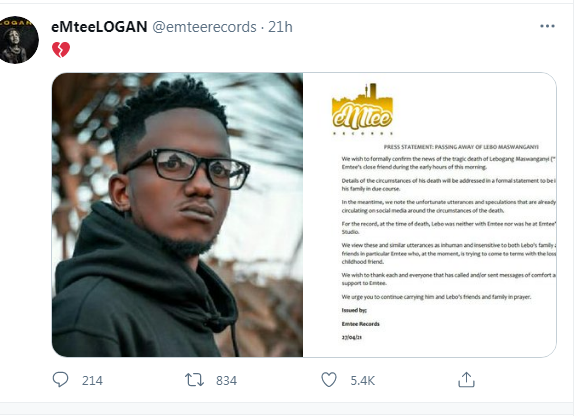 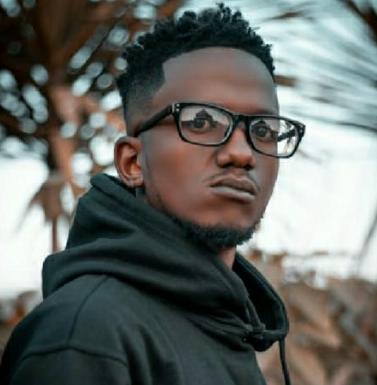 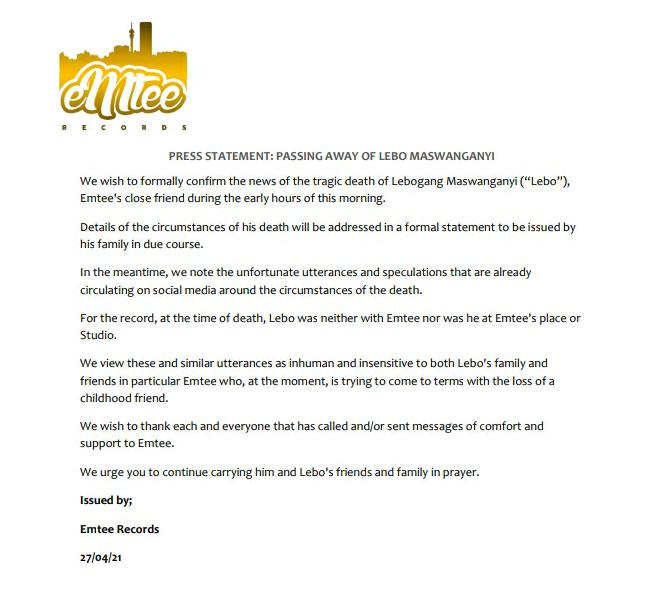 By the way, Emtee recently released an album named for his son, “LOGAN.” He project popped at the top of Apple Music South Africa’s albums chart and retained the spot for days, leading Emtee to acknowledge the love his fans have for him.

The project was long expected but Emtee took his time with it. With it dropped, finally, a wave of excitement swept across the music space in South Africa. Fans are still rocking it.

Tags
Emtee Lebo Maswanganyi
John Israel A Send an email 28 April 2021
Back to top button
Close
We use cookies on our website to give you the most relevant experience by remembering your preferences and repeat visits. By clicking “Accept All”, you consent to the use of ALL the cookies. However, you may visit "Cookie Settings" to provide a controlled consent.
Cookie SettingsAccept All
Manage Privacy