Emtee narrates how his former label, Ambitiouz Entertainment once snatched his iPhone 7.

If you’re wondering why Mzansi rapper Emtee loathes his former label, Ambitiouz Entertainment, there’s so much bad history with them. Although the Mzansi rapper keeps sharing it bit by bit, we doubt that we will hear the end anytime soon.

The Hustla took to Twitter as usual to share a new info about how he was mistreated while at the label. According to him, one time, before the iPhone 7 was released, MTN sent one to him, but the label withheld it claiming he wouldn’t know how to use it. He revealed he just moved on and let it slide.

At the new info, fans called the label out for their cruelty. For a while now, the “Johustleburg” rapper has been calling the label out for many wrong deeds done to him. They on the other hand once revealed that they get more followers everytime he mentions them. 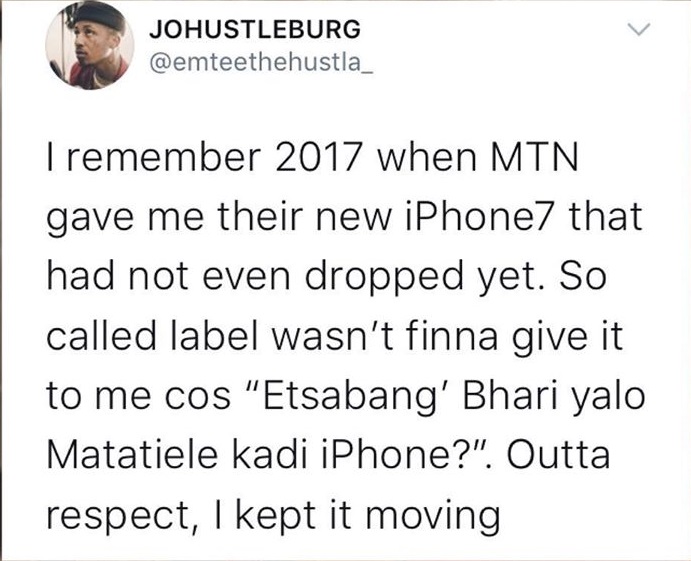