SA rapper Mthembeni Ndevu alias Emtee has expressed interest in removing the Benz tattoo on his neck. In a trending Twitter post, the Roll Up Re-Up hitmaker mentioned that he wouldn’t be needing the tattoo as he no longer owns a Mercedes Benz in his collection of vehicles.

At one time, the Ex-Ambitiouz Entertainment performer owned two Mercedes Benz Vehicles which he is said to have crashed during his tenure at the Recording label.  Later on, Emtee resigned from the company and established his own private label dubbed Emtee Records. After quitting Kgosi Mahumapelo’s stable, his two Mercedes Benz cars were repossessed and the rapper had to buy other vehicles to fill the gap.

It is this very fact that has brought the Smogolo brainchild to his epiphany. The epiphany that he has to remove the Benz tattoo on his neck. On a more positive note, the artist’s label has been doing super great lately. The recording stable is registered under Mthembeni’s music company known as the African Trap Movement. 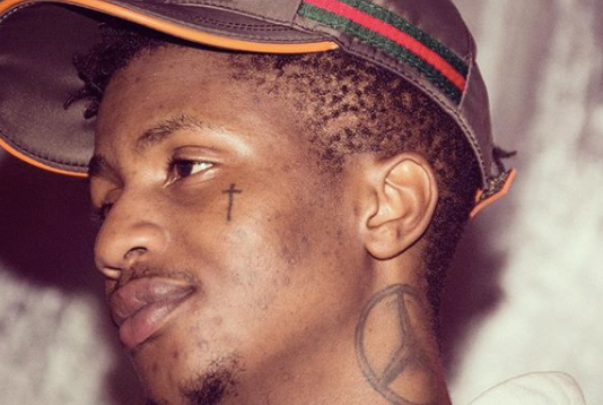 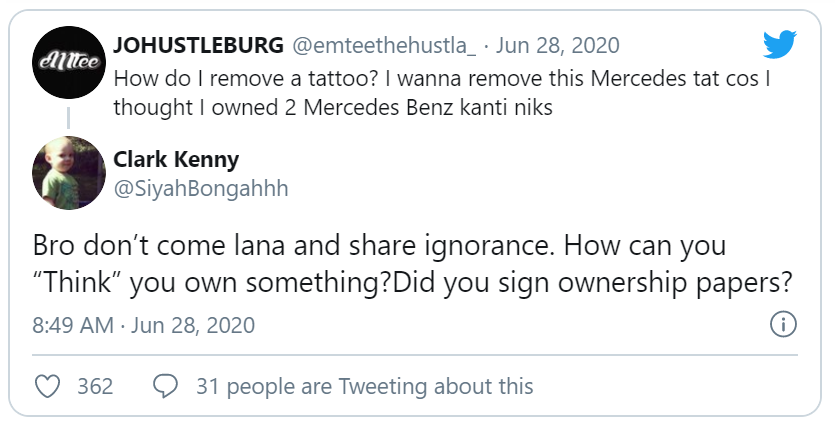 From the moment the rapper shared his desire to get rid of that tat, many people have offered him all sorts of solutions and recommendations, some helpful others not. One notable solution was from a tattoo expert, Leafer Abdool. Abdool recommended that the artist does laser removal as the risks are lower for such a sensitive part of the body.

Tags
Emtee
John Jabulani Send an email 30 June 2020
Back to top button
Close
We use cookies on our website to give you the most relevant experience by remembering your preferences and repeat visits. By clicking “Accept All”, you consent to the use of ALL the cookies. However, you may visit "Cookie Settings" to provide a controlled consent.
Cookie SettingsAccept All
Manage Privacy