Have you been wondering what Mzansi rap ace Emtee earns from the South African Musical Rights Organization (SAMRO), or what his latest payment might be? Well, the songster himself has revealed just that.

In a recent tweet, the “Prayer” muso had revealed that his latest payout from SAMRO is “three tigers.” He dropped a laughing emoji for effect. The songster was replying to another notable musician, Prince Kaybee, who had asked if SAMRO still pays musos.

In that tweet, Prince Kaybee had revealed that he got R100 at the time he tweeted. He dropped three laughing emojis for effect.

In the replies to the exchange, fans were laughing as well. The reason for the laugher is obvious enough. The stated sums are paltry given the standing of the artistes who mentioned what they got. But it’s what it is. 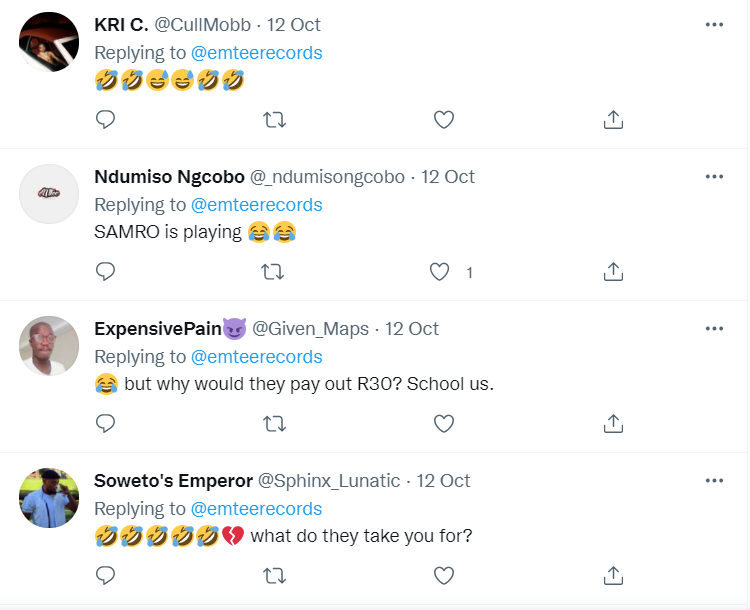 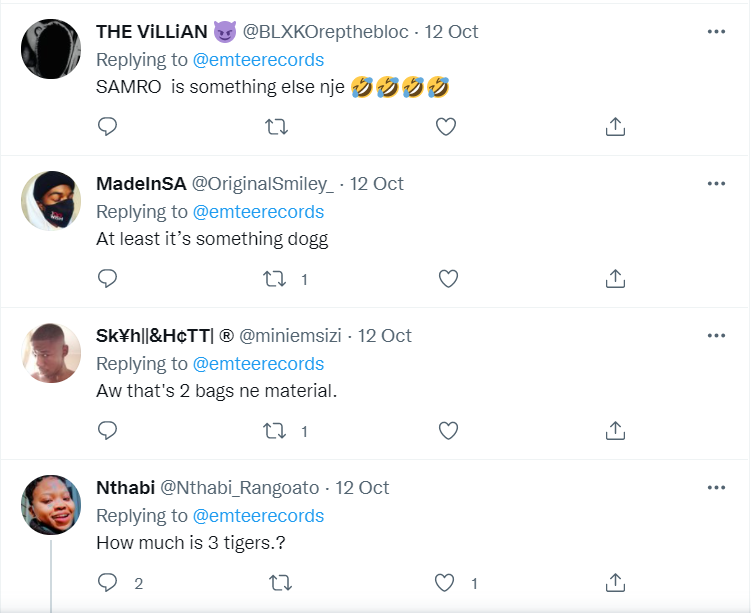 Anyway, Emtee’s latest reveal is nothing surprising. The songster is fairly open about his life. And while some peeps commend him about this openness, others have used it as an avenue to mock him.

By the way, in case you missed it, Emtee recently recorded a milestone of 1 million streams for his song “LOGAN,” which is part of his album of the same title.