“Prayer” trapper Emtee is famous as much for his music as for speaking his mind. Well, dude has just spoken his mind again. From the looks of it, Tweezy might not be pleased with Emtee’s latest interventions.

In case you missed it, just recently, Tweezy recently released a song titled “Amademoni” in collaboration with Family Tree boss Cassper Nyovest. From the outset, for this song, Tweezy was criticized for sampling Pop Smoke’s sound.

Well, soon enough, the songster admitted to that, stating the result was a tribute to Pop Smoke, who he describes as an inspiration.

Pop Smoke (real name Bashar Barakah Jackson) was an American rapper until his death (murder) on 19 February 2020. His first and last album, “Shoot For The Stars, Aim For The Moon,” was released months after his death.

On 20 July, Tweezy wished Pop Smoke a happy birth, but Emtee rebuked him for doing so, saying he should stop sucking the late rapper’s member. It is unknown if this was meant as a joke or serious rebuke. Fans are divided. 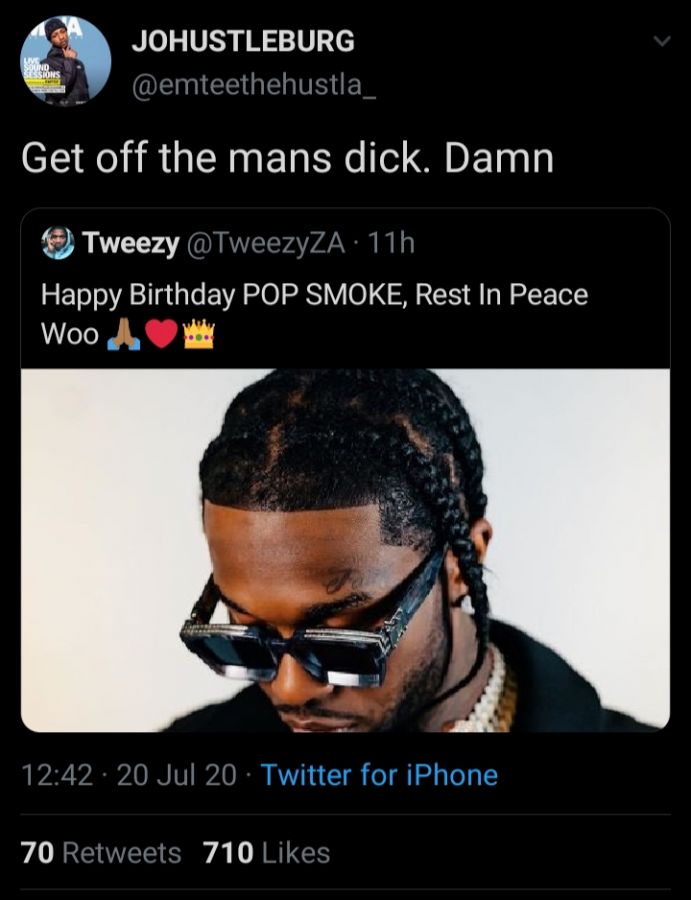 What do you think of Emtee’s take on Tweezy sampling Pop Smoke? You might wish to join the conversation by dropping your thoughts in the comment section below.

Tags
Emtee Tweezy
John Israel A Send an email 21 July 2020
Back to top button
Close
We use cookies on our website to give you the most relevant experience by remembering your preferences and repeat visits. By clicking “Accept All”, you consent to the use of ALL the cookies. However, you may visit "Cookie Settings" to provide a controlled consent.
Cookie SettingsAccept All
Manage Privacy