Emtee reveals the number of tracks on his forthcoming album “Logan”, its release date.

Many would agree that we have waited a while for Mzansi rapper Emtee to drop his promised album, “Logan”. The project is expected to be his first project release since he left Ambitiouz Entertainment.

Fans expected the album to be released last year, but that did not happen. Finally, he has confirmed a release time for it. It’s happening this month. In a recent Q&A with fans on Twitter, he opened up about several things, and also shared more info on the album.

Replying a fan, he confirmed the album release month to be this March. He also revealed that he recorded a total of 30 songs but had to pick only 18 for the project. He went on to confirm that there will be music videos for the previously released singles “Johustleburg” and “iThemba”. We honestly can’t wait. 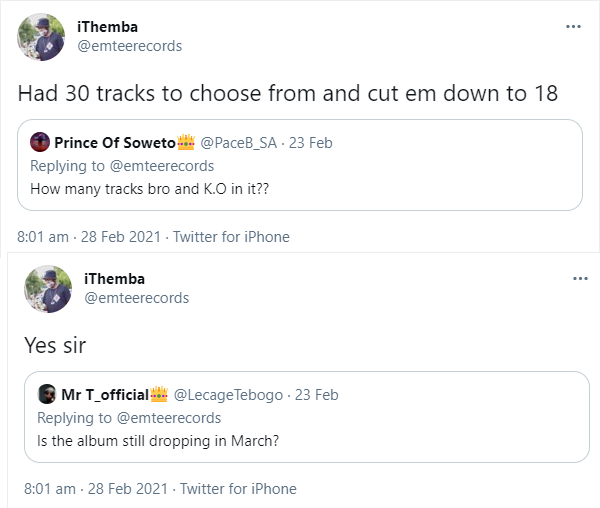 Tags
Emtee
John Jabulani Send an email 2 March 2021
Back to top button
Close
We use cookies on our website to give you the most relevant experience by remembering your preferences and repeat visits. By clicking “Accept All”, you consent to the use of ALL the cookies. However, you may visit "Cookie Settings" to provide a controlled consent.
Cookie SettingsAccept All
Manage Privacy