South African trapper Emtee is one of the musicians with a difficult past, but then it is not something he cares to hide. In fact, whatever opportunity he gets, he reels out details of his difficult childhood.

The former AmbitiouzEmtertainment star sold weed as a teen. And since it takes courage, street sense and a plucky fighting spirit to succeed in peddling weed, some have called him a gangster.

He finds the “gangster” tag somewhat amusing, but clarified in a series of tweets that he is not a gangster. He, however, admitted that he doesn’t mind being one; but he is not one. 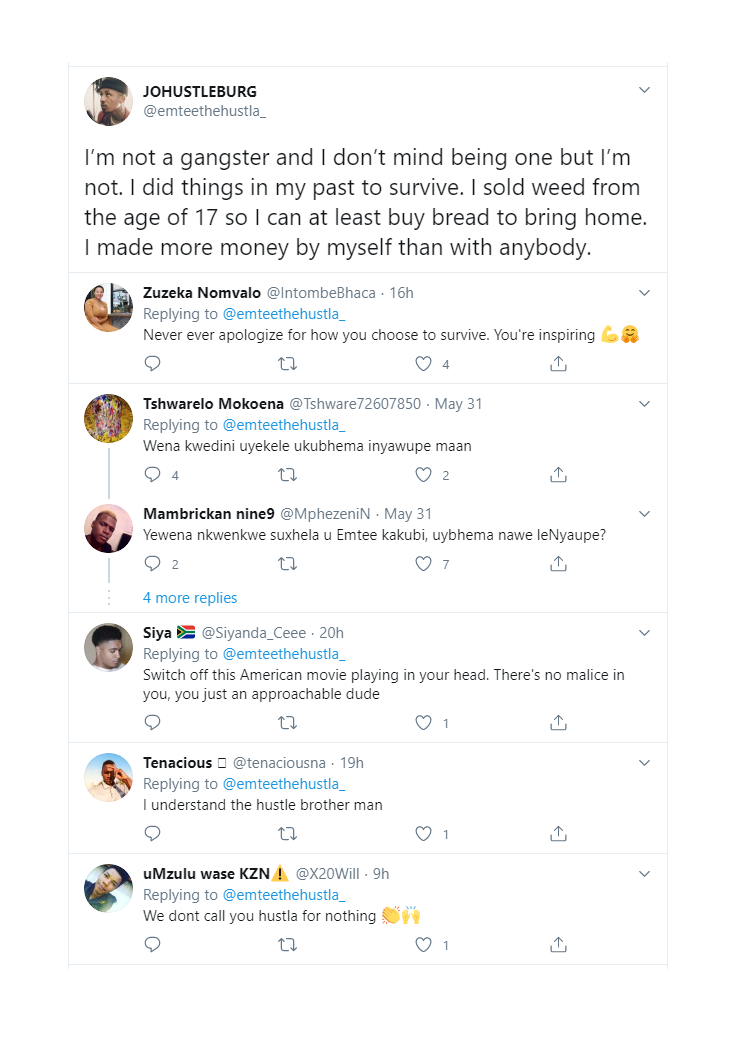 Not yet. Lack of money made him take the weed path: he had to provide for his young family. But his having taken that part doesn’t mean he bears the peddler’s terror, nor is her part of a ferocious collective.

Emtee wouldn’t begrudge you your decision if you choose to make him a gangster, though. What is there to lose? You may as well make him a temple and pay obeisance to him daily. The bloke will still be out there trapping.

Well, do you consider Emtee a gangster contrary to his position in his tweet? Let the conversation begin in the comments below.