Emtee shares true story of how Sjava and Ruff changed his life.

Emtee is one of the biggest rappers in the country, and it is for good reason. The “Waves” rapper’s success is testament to the fact that hardwork and resilience helps to build some of the biggest artists in the world.

The rapper must have been in his feelings recently when he told some unknown stories about himself. According to him, he was once homeless in Johannesburg. He was hustling in the streets of Hillbrow when Sjava and Ruff came to his rescue. He revealed they took him in, and helped him to stop selling weed.

The “Brand New Day” rapper said that while other kids were dreaming of being doctors, he dreamed of being a musician with Ruff as his producer. Fortunately, his dreams have come true and he’s now one of the biggest artists in the country. 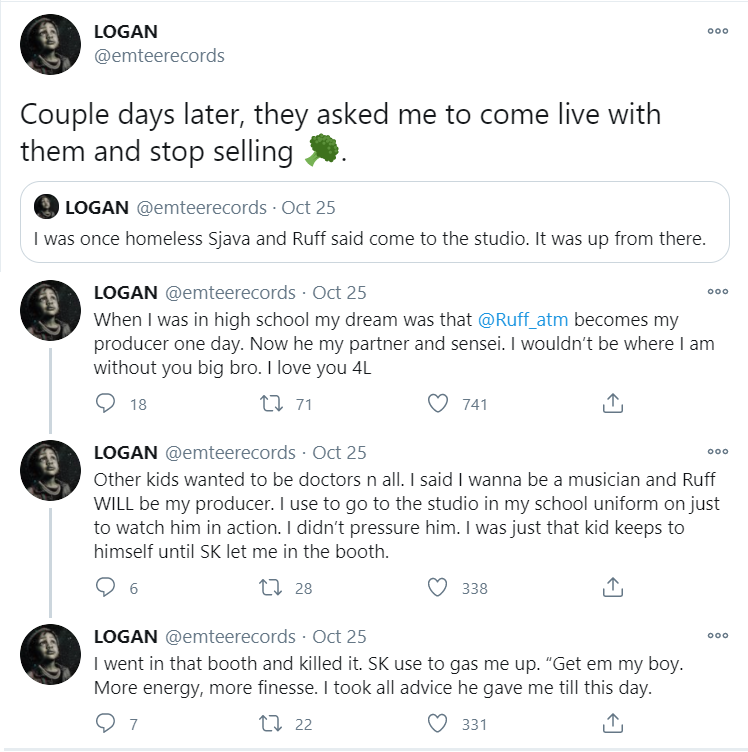 Tags
Emtee Ruff ATM Sjava
John Jabulani Send an email 27 October 2020
Back to top button
Close
We use cookies on our website to give you the most relevant experience by remembering your preferences and repeat visits. By clicking “Accept All”, you consent to the use of ALL the cookies. However, you may visit "Cookie Settings" to provide a controlled consent.
Cookie SettingsAccept All
Manage Privacy