“Pearl Thusi” hitmaker Emtee has clapped back at a troll who suggested that Nasty C makes better hooks than him, dismissing the troll as nothing but an escapee knave.

Emtee had suggested that he was irreplaceable in a tweet that reads, verbatim, “Dem boys you said you was gon’ replace me with ain’t making no noise tho.” It cannot be determined who he was referencing in that tweet, but evidence points to Ambitiouz Entertainment, the record label to which he was formerly signed, and from which he exited acrimoniously.

Reacting to Emtee’s tweet, a twitter troll had claimed that the “Zulu Man With Some Power” Nasty C creates better hook than the “LOGAN” trap ace. Reacting to the troll, Emtee has stated that his critic looked like one of the looters who got away following the looting and destruction that followed the arrest of Jacob Zuma. 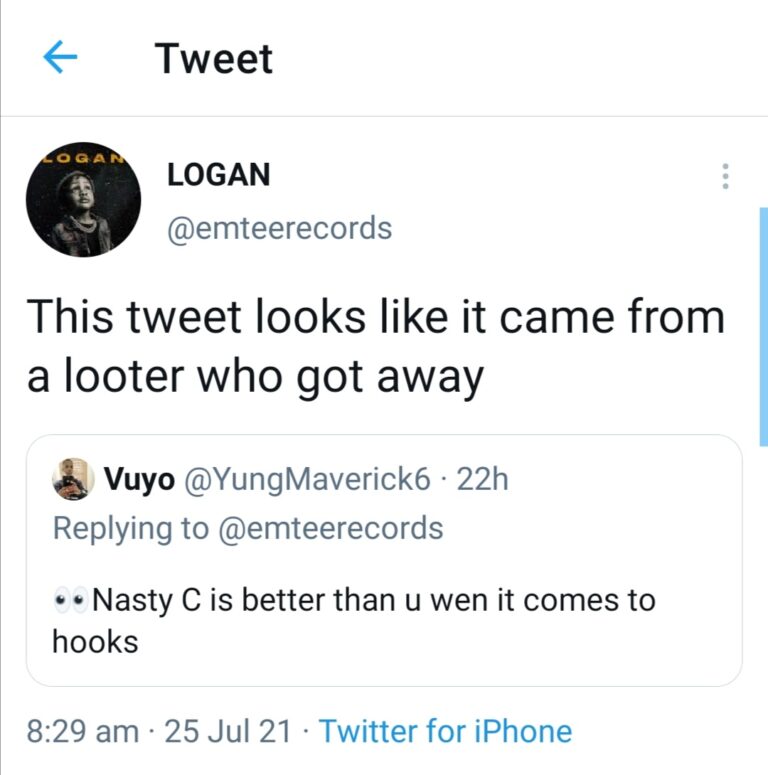 By the way, Emtee and Nasty C are firm friends. In fact, Emtee has made it clear previously that he would pick Nasty C over A-Reece any day.

Well, what do you think of the troll’s take on Emtee’s hooks compared to Nasty C’s? You’re welcome to join the conversation by dropping your thoughts in the comment section below.