If there is anything we have learnt about life, it is that sometimes, people dont get over the things that hurt their feelings. It is obvious in the recent “Roll Up” music video saga that DJ Citi Lyts isnt over whatever happened after the shoot.

It all began when a fan commented on the unity and cooperation between SA Hip Hop fans on the music video. The tweet got a reaction from Sjava who hilariously revealed that they had boarded a taxi to the shoot at the time.

A seemingly bitter DJ Citi Lyts reacted to the video saying that he still hadn’t gotten the thanks he deserves for making the video possible. Shooting back at him, Emtee revealed that he gave him a “hit and a place to stay”. Ouch!! 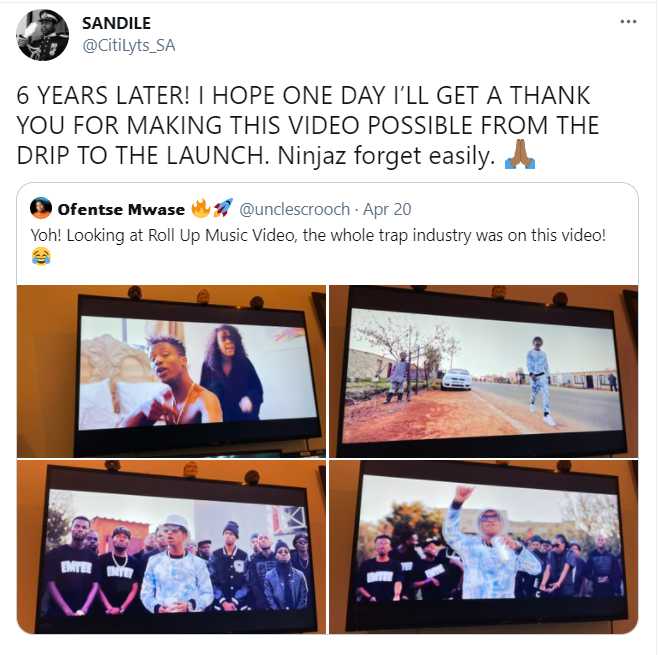 Tags
DJ Citi Lyts Emtee
John Jabulani Send an email 21 April 2021
Back to top button
Close
We use cookies on our website to give you the most relevant experience by remembering your preferences and repeat visits. By clicking “Accept All”, you consent to the use of ALL the cookies. However, you may visit "Cookie Settings" to provide a controlled consent.
Cookie SettingsAccept All
Manage Privacy