He first shared an advice for young up and coming acts, telling them to not sign any record label contracts just because they are hungry. He revealed it would only make the label manipulate them. He also shared about a time Ambitiouz snatched his unreleased iPhone 7 on grounds that he wouldn’t know how to use it.

When a fan tweeted at him saying he was listening to his debut album, Avery, he told him not to, alleging that he never got a cent from it. Fans are still shocked at the revelation which seems too cruel even for the label. 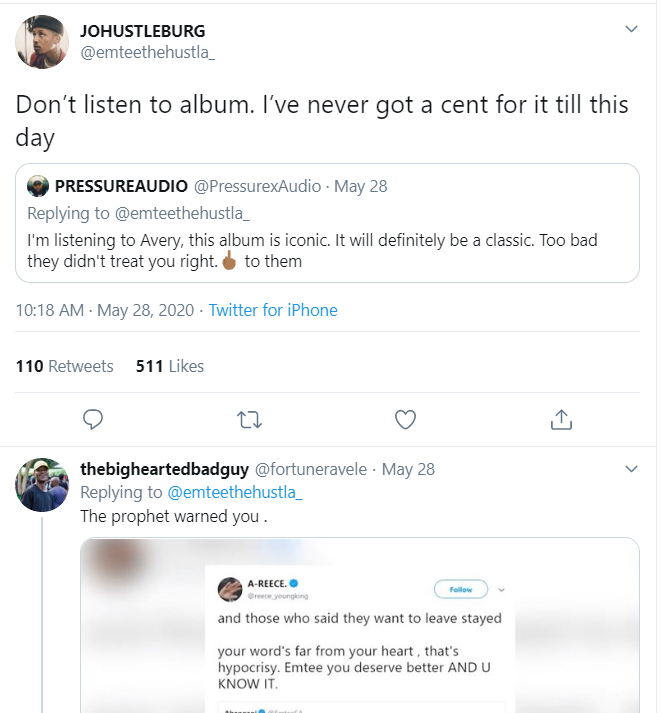 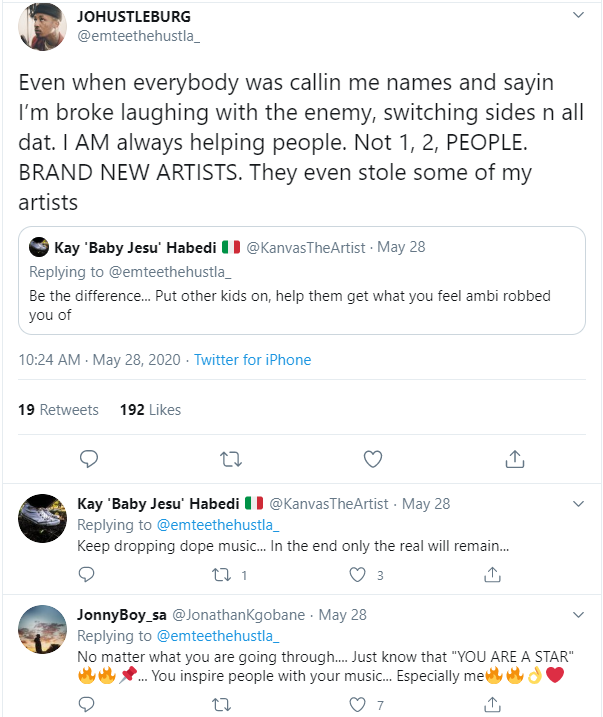