JR is unimpressed by fellow musos who have kept quiet amid the storm of protests currently enveloping Nigeria over police brutality.

In case you’re unaware, Nigerians have been pouring into the streets to protest police brutality in the country, as well as asking for the reform on the Nigeria Police Force. Some protesters have been shot and killed in the process.

JR thinks South Africans who have been benefiting from Nigerian culture ought to add their voices to the #EndSARS advocacy. He called those who are yet to support the advocacy “disappointments.”

It is on record, of course, that some Mzansi celebs have been tweeting about the crisis currently enveloping the country and asking the Nigerian government to listen to the protesters and reform the police force.

Da L.E.S., Lasizwe and Langa Mavuso are among the Mzansi celebs who have joined the #EndSARS advocacy so far. You can check out the tweets of two of them below. 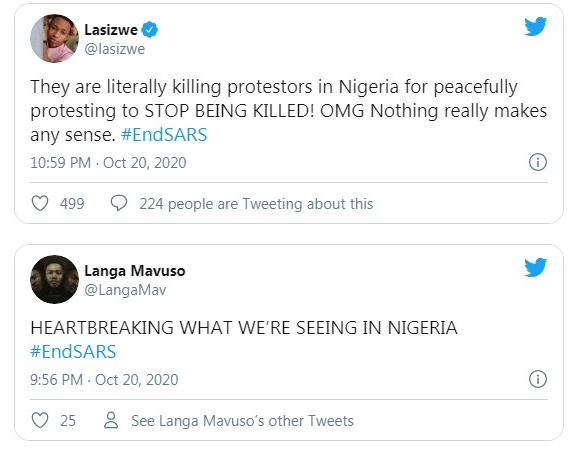