After what must have been the stormiest divorce in South Africa in recently memory, South African disc jockey and producer Black Coffee and estranged wife Enhle Mbali appeared to have made peace.

Yesterday Wednesday 11 August, Enhle Mbali hinted at having finally made peace with Black Coffee when she called him “Dad” in a post celebrating their son who got a racing car gift from the celebrated DJ.

In a post that indicated that her son must have been a racer at home but stopped for whatever reason, she thanked Black Coffee for the gift to their son. You can check out her post below. 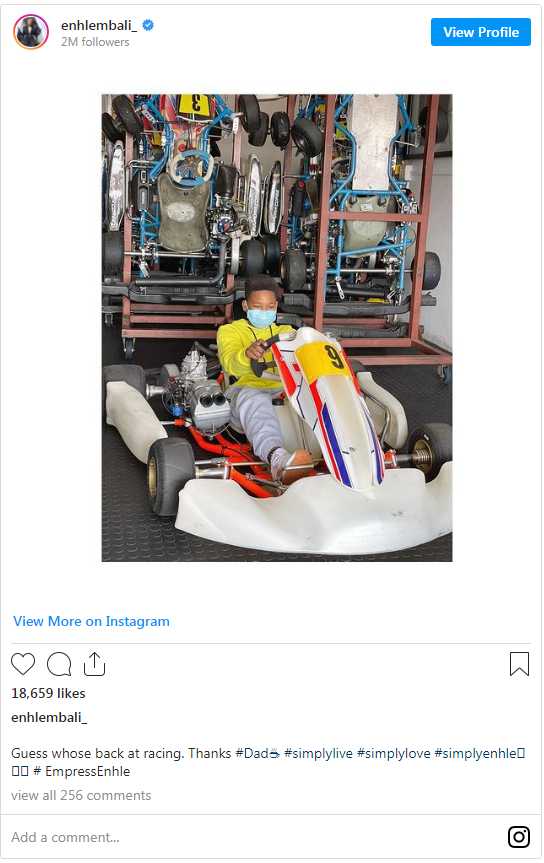 Enhle Mbali’s post pleased many fans of her marriage to the international disc jockey and producer, and some of their even mouthed prayers to one day see them reconcile.

Enhle Mbali and Black Coffee used to be among South Africa’s most glamorous couples and many look up to them for couple goals.

Amid claims of cheating on Black Coffee’s part, Enhle Mbali had filed for divorce, leading to one of the stormiest divorce battles ever. The couple even took their tiff to Twitter, accusing and counter accusing each other.

With Enhle Mbali’s post, although they remain divorce, it appears like they have now embraced amity. Some solidarity.

Tags
Black Coffee Enhle Mbali
John Israel A Send an email 12 August 2021
Back to top button
Close
We use cookies on our website to give you the most relevant experience by remembering your preferences and repeat visits. By clicking “Accept All”, you consent to the use of ALL the cookies. However, you may visit "Cookie Settings" to provide a controlled consent.
Cookie SettingsAccept All
Manage Privacy