Actress Natasha Thahane has given birth months after announcing she was pregnant.

Although she was direct in revealing her pregnancy — showing her baby bump to the world — she has been indirect about giving birth.

In snaps posted to her Instagram Story, she’d revealed a plate of sushi, a delicacy pregnant women are not known to indulge in. She’d also shared another snap of her, this time without the baby bump, indicating she’s given birth after all.

She appeared to amplify the story of having given birth when she posted another image of herself on her main page. Again, she’s seen rocking a flat tummy. The caption to the post was another giveaway: iMama. 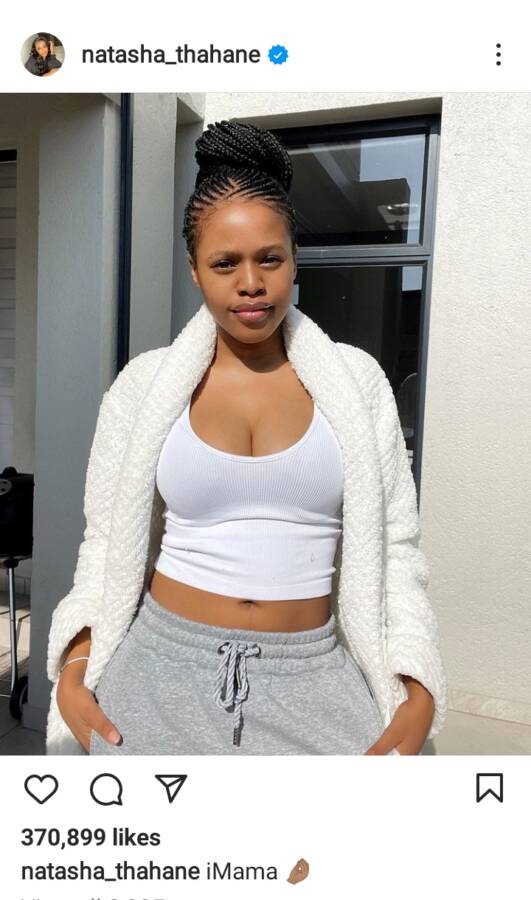 It’s been a storm of good wishes since then. Celebs and ordinary folk alike have been congratulating her on the birth, with some letting her k ow she looks incredible even after giving birth.

The gender of the child is unknown, as the actress hasn’t said anything in that direction yet.

Also, she has revealed who the father of the child is? She’s said to have had a little tiff with her boyfriend, Thembinkosi Lorch, so fans are uncertain if they’re still together and if he’s the father of her child.

Tags
Natasha Thahane
John Israel A Send an email 14 May 2022
Back to top button
Close
We use cookies on our website to give you the most relevant experience by remembering your preferences and repeat visits. By clicking “Accept All”, you consent to the use of ALL the cookies. However, you may visit "Cookie Settings" to provide a controlled consent.
Cookie SettingsAccept All
Manage Privacy