Reality show star Faith Nketsi recently added the rapper tag to her many titles. However, it appears that not everyone is impressed with it.

This much was laid bare in a conversation ongoing on Twitter. As far as some South Africans are concerned, she’s nothing but a slay queen and should stick to being that.

This class of people insist that she’s not only bad as a rapper, but she’s also one of the worst rappers in the Rainbow Nation.

She joins a list that has Ntukza, Stilo Magolide, Boity, Ifani and several others as part of it. You can check out the list below.

This isn’t the first time some members of the public will put a question mark on the artistic merits of some musicians. It happens all over the world, again and again. 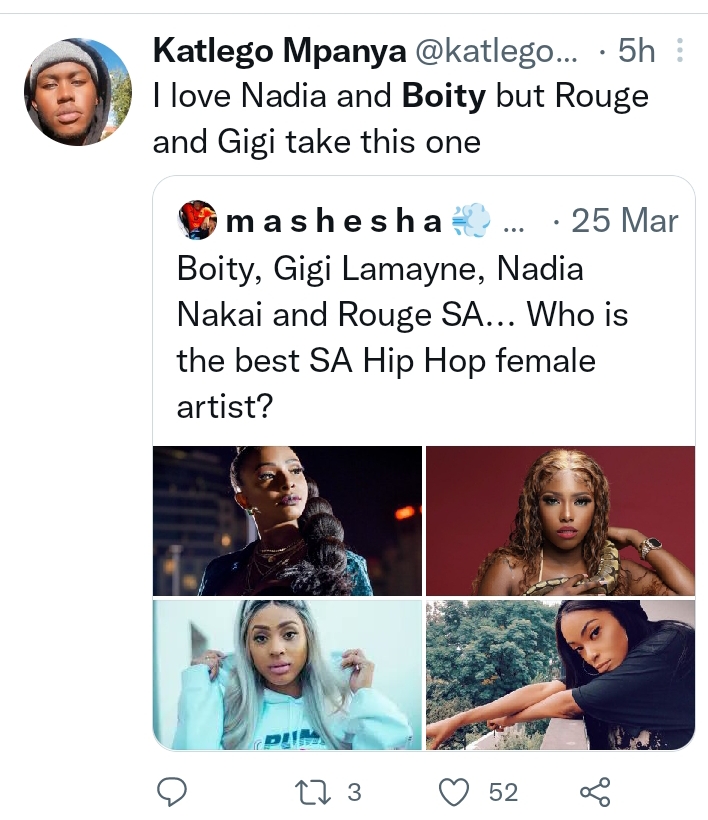 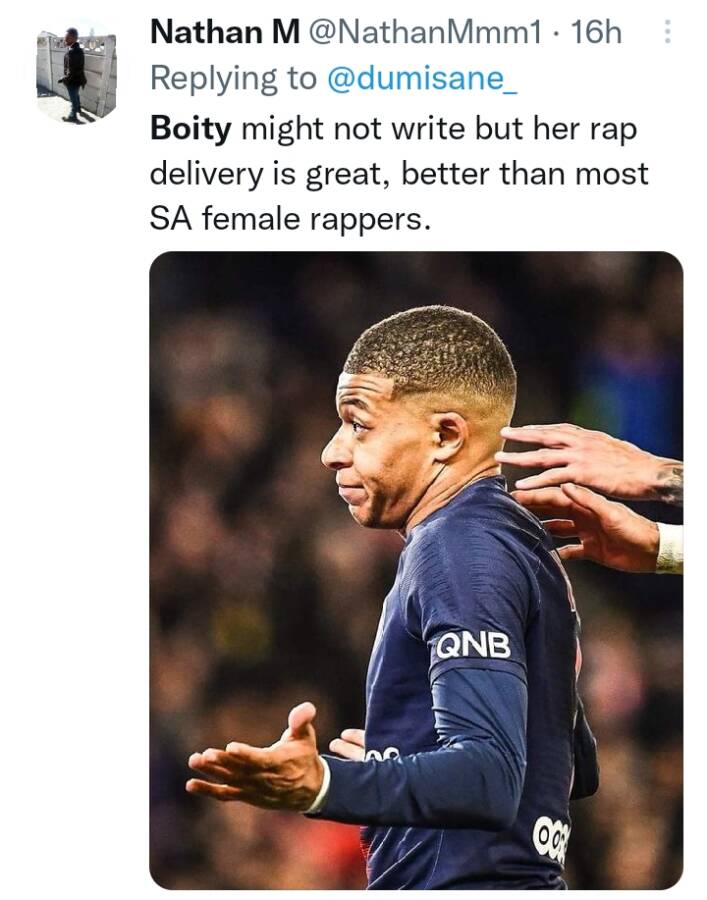 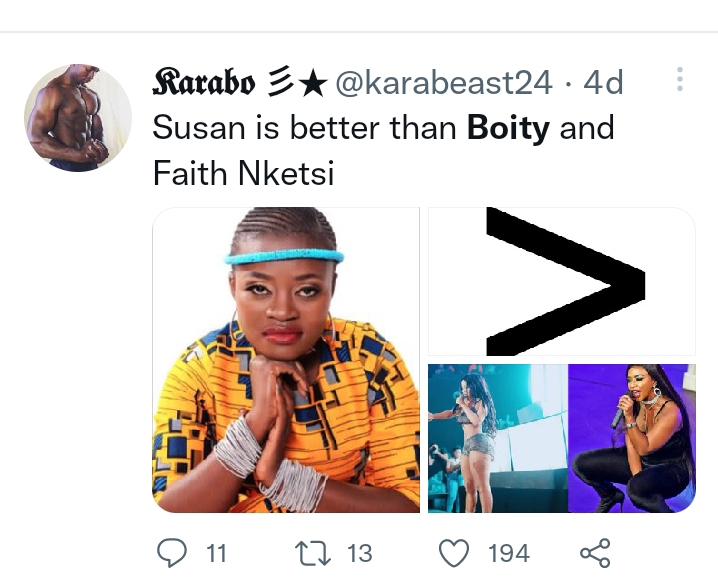 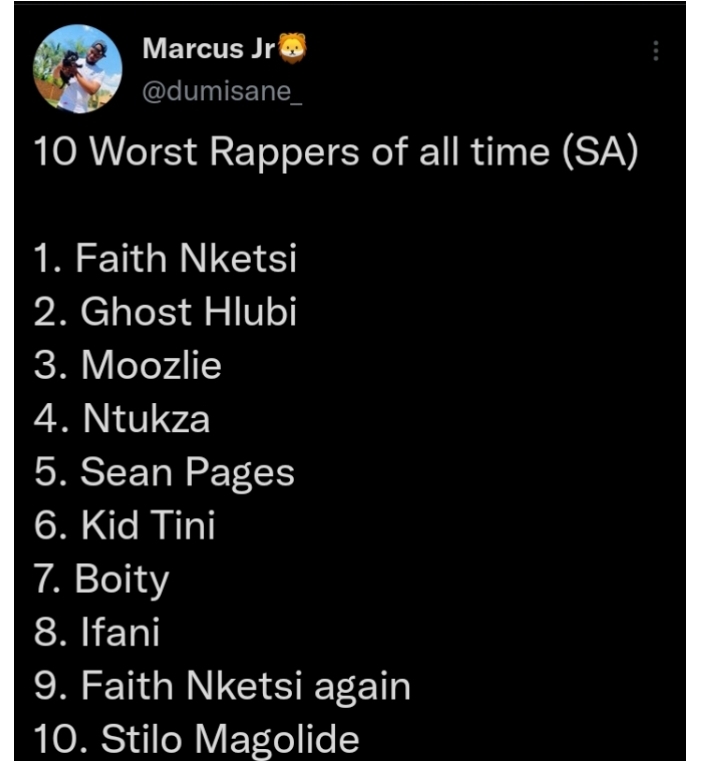 In the case of Boity, when she had popped into the music scene with a song called “Wuz Dat,” opinions were seriously divided about her rap gift.

In the intervening years, though, most people have moved from questing her rapper tag to supporting her.

About the current controversy, however, it’s clear that music lovers will never agree on the merits of musicians. And that’s part of the beauty of the culture.

Tags
Boity Faith Nketsi iFani Kid Tini
John Israel A Send an email 2 April 2022
Back to top button
Close
We use cookies on our website to give you the most relevant experience by remembering your preferences and repeat visits. By clicking “Accept All”, you consent to the use of ALL the cookies. However, you may visit "Cookie Settings" to provide a controlled consent.
Cookie SettingsAccept All
Manage Privacy