In terms of fees for a performance, “Prayer” mastermind Emtee is apparently in the senior league. And he wouldn’t keep quiet when anyone tries to demote him or make it seem like he earns lower than he actually does.

This reality played out just recently. Rap City SA made a list of how much some top figures in South African music earn for a performance. Heading the list was Refiloe Maele Phoolo (Cassper Nyovest) with R270k; next was his rival and “Energy” crooner Kiernan Jarryd Forbes (AKA), with R220k.

Other artistes who made the list are Nsikayesizwe David Junior Ngcobo (Nasty C), at R100, and Lehlogonolo Ronald Mataboge (A-Reece), with R45k. Emtee was put in the fourth position, just after Nasty C and just before A-Reece.

Emtee’s performance fee, according to Rap City SA, is R55k. 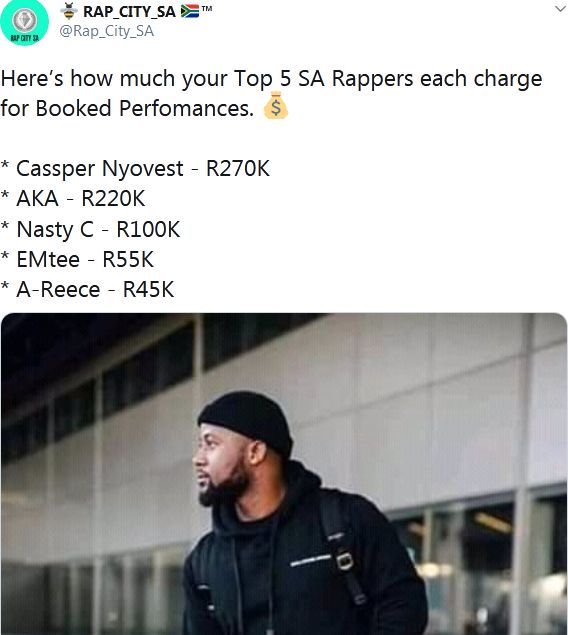 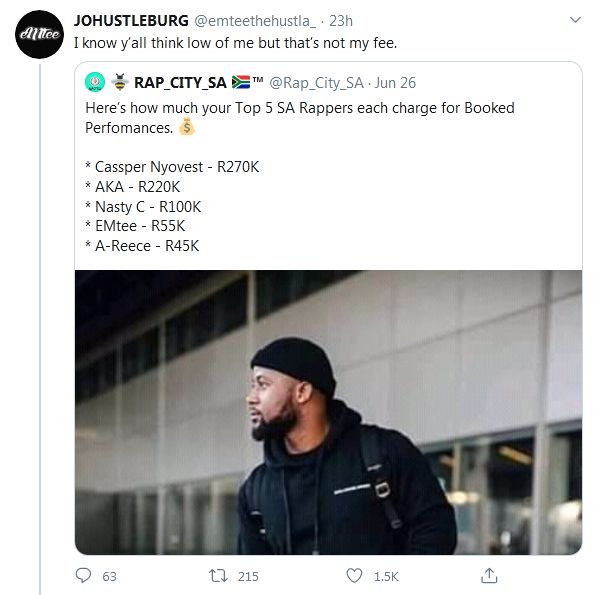 Taking to Twitter soon after the figures were published, Emtee denounced the fee ascribed to him, stating he earns far more than that. He rued the fact that they think low of him. By the way, on the same thread, a music promoted stated he booked Emtee for R150k for a show at Mpumalanga.

Well, what do you think of the fees given here, and Emtee’s response?