South African singer and actor Naakmusiq is gearing for a boxing match against a fellow musician in April this year, and from the look of things, the songster is already preparing for the fight against Cass.

Compared to his opponent, Naakmusiq is taller and looks fitter and the prevailing opinion is that he’ll beat Cassper Nyovest in the ring.

There’s been a radical shift in opinion on who might win the fight between the two after Naakmusiq shared a clip of him training for the fight, on Instagram. Some fans who saw the video though his punches were weak and his legwork subpar.

As a result, some of those who have put their money on him to beat Cassper on April 8 have had a rethink and picked Cassper as a potential winner. 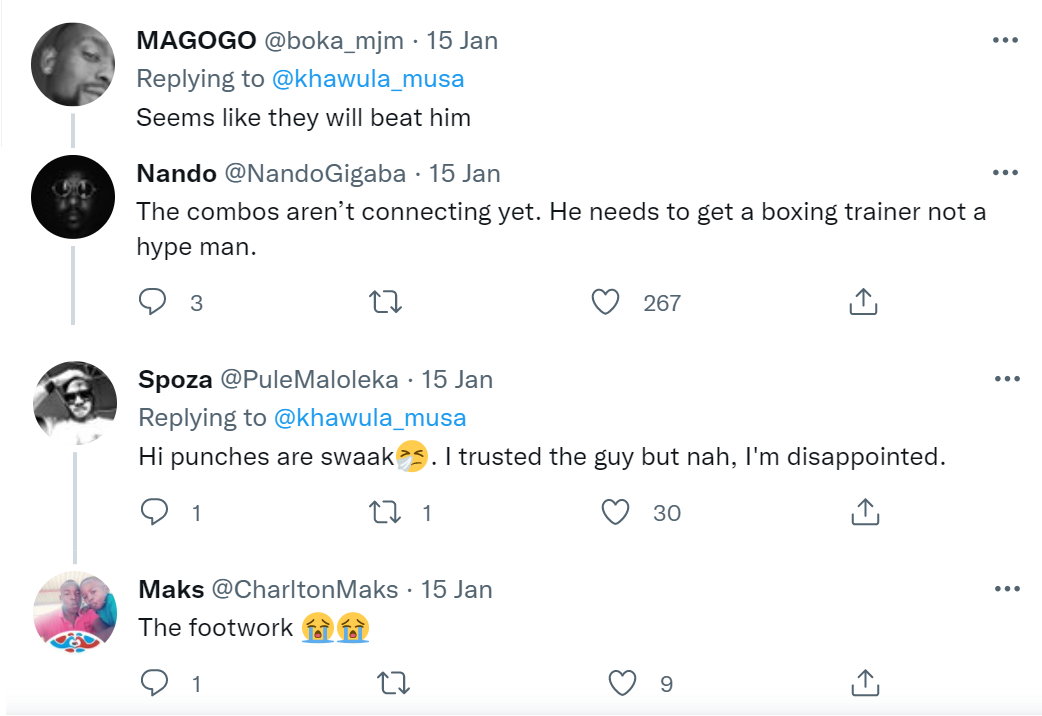 Well, training videos can be anything – including used as a tool of deception to creak the illusion of weakness and lack of speed. So, until Cassper beats Naakmusiq in the ring, y’all gotta keep your fingers crossed.

The basis of the fight was Cassper Nyovest’s challenge to Naak. The Family Tree boss had also challenged Prince Kaybee and AKA, but neither of them has come up with a positive response – or any response at all.

Tags
Naakmusiq
John Israel A17 January 2022
Back to top button
Close
We use cookies on our website to give you the most relevant experience by remembering your preferences and repeat visits. By clicking “Accept All”, you consent to the use of ALL the cookies. However, you may visit "Cookie Settings" to provide a controlled consent.
Cookie SettingsAccept All
Manage Privacy