South African rapper The Big Hash has divided fans after calling Blxckie’s music “crackpot music.” Is he dissing his fellow rapper here or is he complimenting him?

That’s one question fans have been asking since he commented on his compatriot’s music. Some fans think it is a diss, and others think it is a compliment. He made the statement on Twitter.

Compliment or a diss, wondered a fan. I think it’s a compliment, said another, creating an analogy of crack as a drug and fans getting hocked on it.

In a post to Instagram, The Big hash had shared the same message. Given that he tagged Blackie to it, it is safe to say he had a compliment there. You can check it out below. 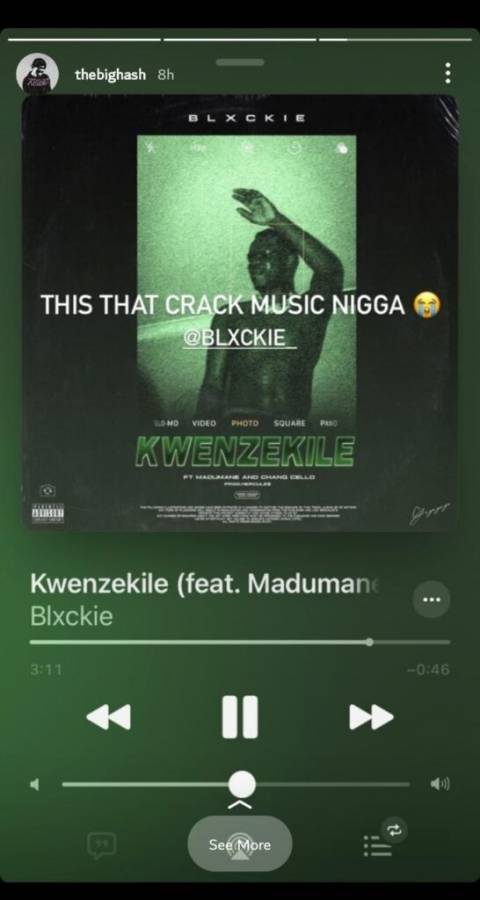 Blxckie is one of the stars of the moment and one of the reasons some peeps are arguing that South African hip-hop isn’t dead. He recently released a deluxe edition of his debut album and worked with several industry leaders.

Well, what do you think of The Big Hash’s thoughts on Blxckie’s music and the reactions it has generated so far? You’re welcome to join the conversation by dropping your thoughts in the comment section below. Way to go!