When you sit down for a tell-all interview but end up telling little to nothing, or end up appearing forced on set, you disappoint many of your fans look forward to something new and juicy. This much became obvious recently to Kiernan Jarryd Forbes, the South African rapper who goes by the stage name of AKA.

The “Bhovamania” hit maker recently sat down with Slikour Onlife for a tell-all interview but left out so many things that fans were left shaking their heads at the end of it all, their many questions unanswered, including details of his boxing match with notable rival Cassper Nyovest.

To those who said online that the interview appeared forced and that AKA lacked chemistry with the person interviewing him, the songster readily agreed. He also apologized for the lack of chemistry, stating that next time he would have someone with whom he has great chemistry as interviewer. 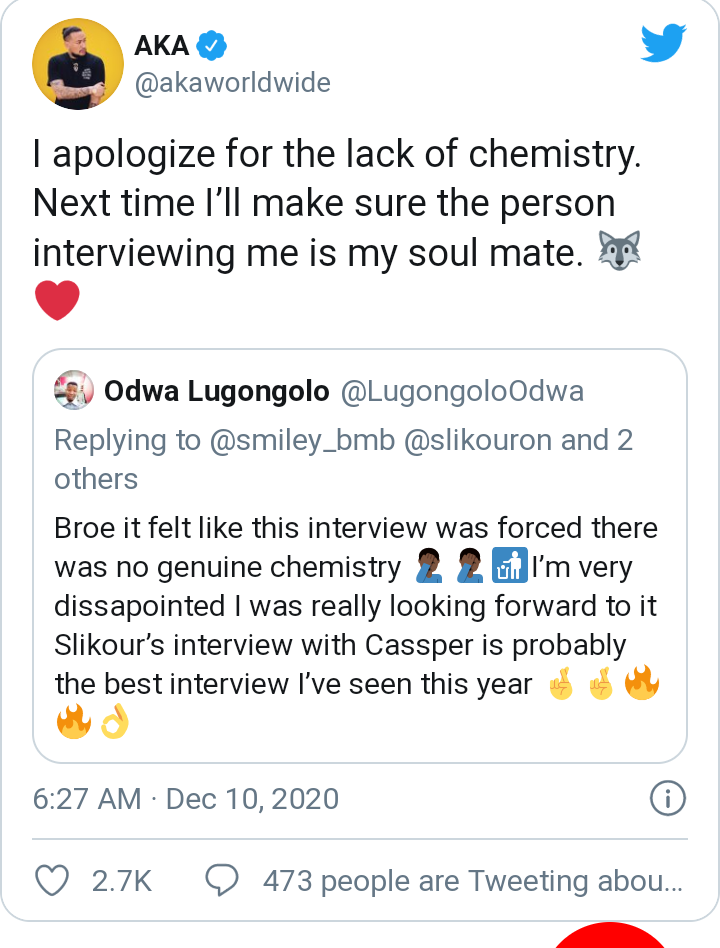 Among the subjects AKA touched on during his sit-down with Slikour Onlife are his failed sneaker deal with Reebok, his beef with Sizwe Dhlomo, and his flavors of Cruz Vodka. He’s just added Bana to his flavour. Previously he had only watermelon.

Tags
AKA
John Israel A Send an email 12 December 2020
Back to top button
Close
We use cookies on our website to give you the most relevant experience by remembering your preferences and repeat visits. By clicking “Accept All”, you consent to the use of ALL the cookies. However, you may visit "Cookie Settings" to provide a controlled consent.
Cookie SettingsAccept All
Manage Privacy