“Jerusalema” hitmaker Master KG and his girlfriend and serial collaborator Makhadzi have broken up. This might sound like a bad joke to some fans who had heard at some point that Makhadzi wasn’t dating the singer and wasn’t pregnant for him.

Master KG announced the split himself, stating that they had split months back but merely had a working relationship. He urged fans to respect their decision. See the screenshots below. 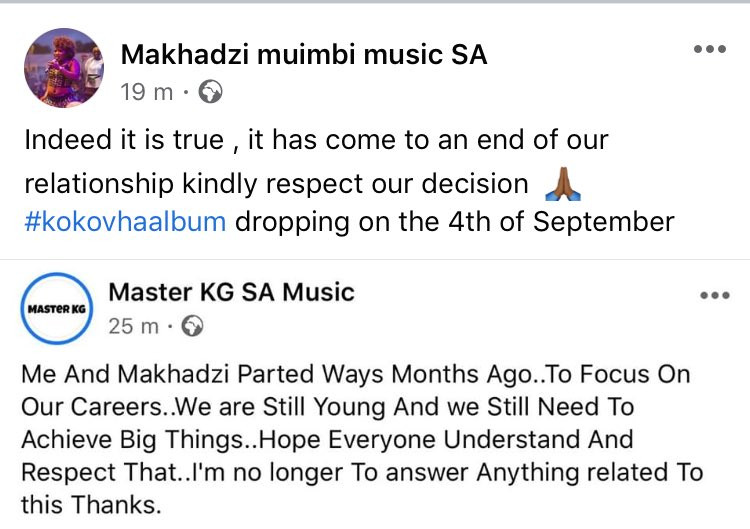 Following the break, some peeps are saying Makhadzi now cries herself to sleep. But those close to her deny this. The singer is actually focusing on her solo career as, according to her, she is only out to give her fans her best. 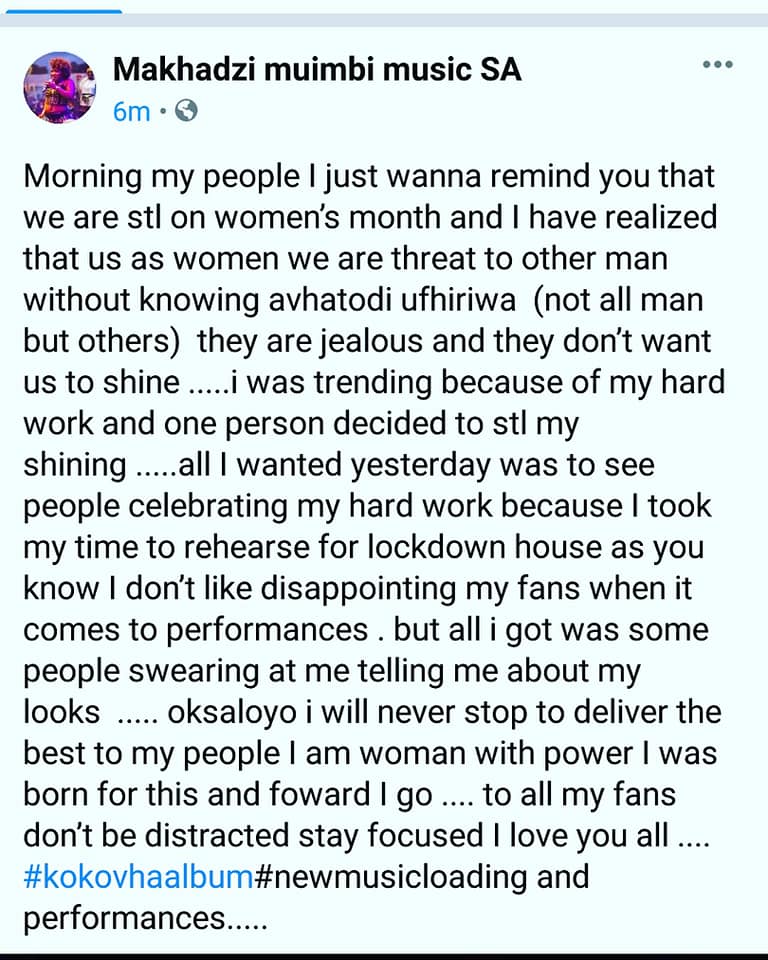 The split has provoked a great debate on social media which you can follow by.

Well, what do you think of the split between the two artistes and the timing? You might want to join the conversation by dropping your thoughts in the comment section below.

Tags
Makhadzi Master KG
John Israel A Send an email 24 August 2020
Back to top button
Close
We use cookies on our website to give you the most relevant experience by remembering your preferences and repeat visits. By clicking “Accept All”, you consent to the use of ALL the cookies. However, you may visit "Cookie Settings" to provide a controlled consent.
Cookie SettingsAccept All
Manage Privacy