Some social media denizens who have noticed the massive drop in R Kelly’s net worth are throwing laughing emojis all over the place.

Formerly one of the richest musicians out there, with a net worth of over $200 million, R Kelly’s net worth currently sits at minus 2 million. 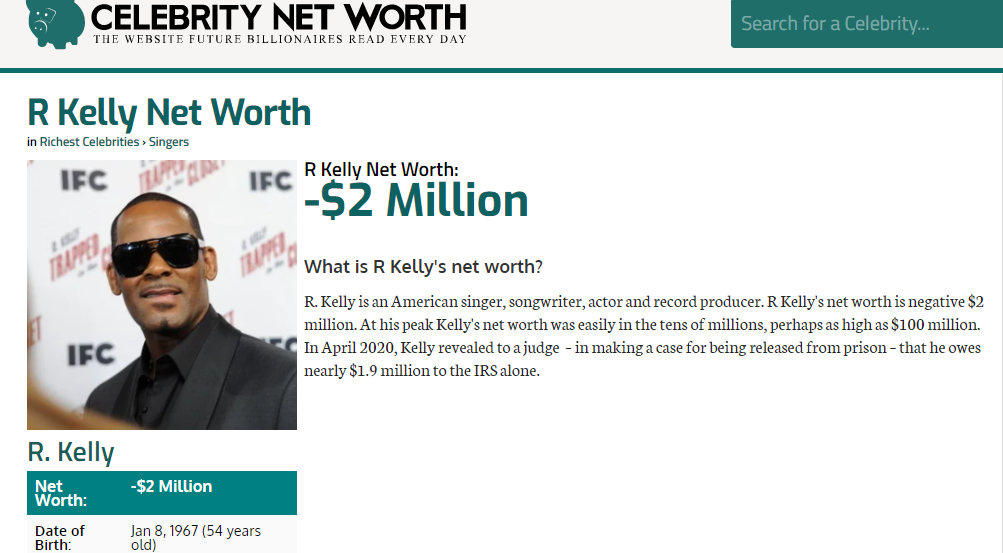 While some social media denizens mocked the disgraced RnB veteran for his drop from grace and drop to a “paltry” net worth, others defended him. One social media user asked those mocking the songster to google R Kelly’s net worth again and see if their net worth come close to him.

R Kelly fell from grace when a documentary revealing he abused multiple women surfaced online. Since then, his ratings had also fallen, with those he collaborated with denouncing him publicly for his allegedly sexually predatory behaviour. And those who are still associating with him are mostly treated with scorn by the public.

me catching r kelly in the unemployment line: https://t.co/YmUCetmSJQ pic.twitter.com/euazf6fDkp

R Kelly’s net worth is -2 millions, my net worth is $16. THIS MEANS I’M RICHER THAN R KELLY, BOI pic.twitter.com/rVAudRbQ6g

R Kelly is so short on money right now that, according to a report by Billboard he’s selling his publishing catalogue to raise funds to cater to his legal and other needs. A key difference is that his catalogue has also fallen in value, with platforms reluctant to play or distribute them.

Tags
R. Kelly USA
John Israel A27 September 2021
Back to top button
3
Close
We use cookies on our website to give you the most relevant experience by remembering your preferences and repeat visits. By clicking “Accept All”, you consent to the use of ALL the cookies. However, you may visit "Cookie Settings" to provide a controlled consent.
Cookie SettingsAccept All
Manage Privacy