Mzansi singer Jub Jub has a way of snapping attention at the least notice. Well, the muso has got the attention of many across social media once again, this time with a post of a hole through a glass.

The post had the songster’s name, as hashtag, for caption: #JubJub. Failing to detail what actually happened in the picture shared, he automatically provoked speculations and even concern from some social media users.

A fan saw the image in the context of those leaving in glass houses not obeying the good old rule of not throwing stones. He dropped a couple of laughing emojis as the supposed example of foolery.

By the way, Jub Jub shared the same picture on his Instagram page but without a caption whatsoever.

You can check out some the reactions of some of his Twitter fans in the screenshots below. 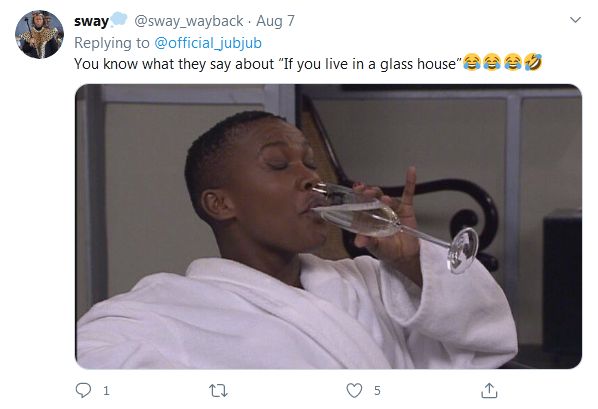 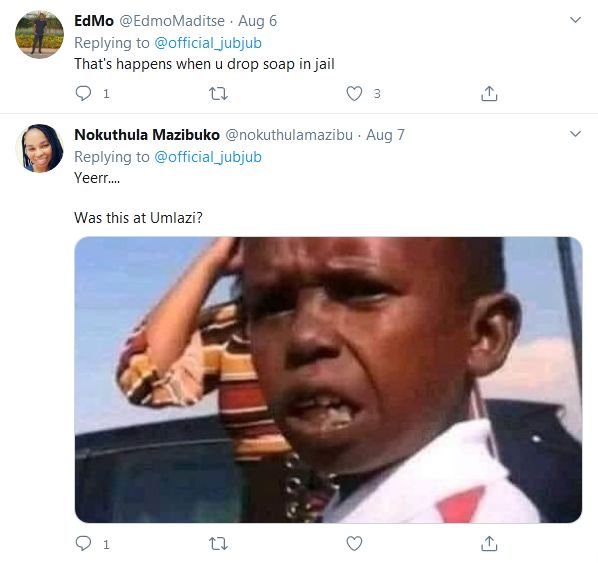 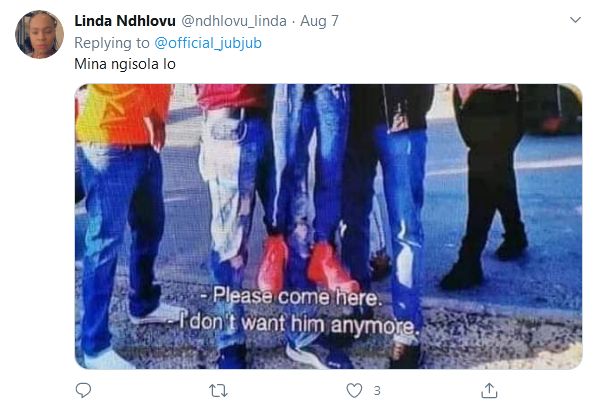 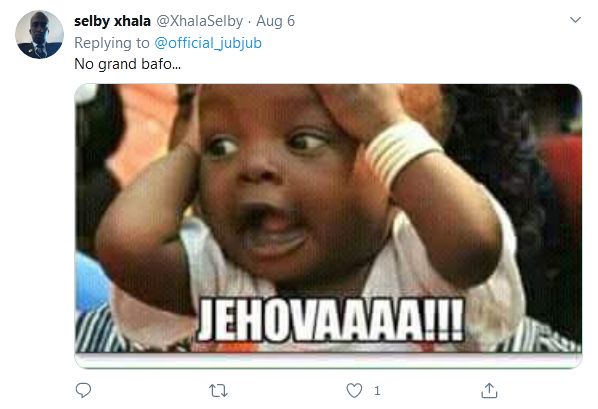 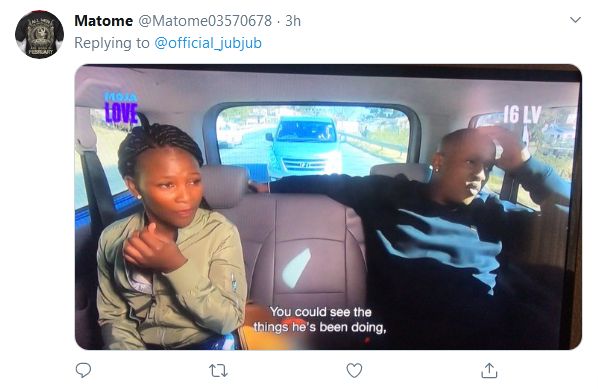 Jub Jub’s failing to explain the picture just might mean he was merely trying to engage his followers and provoke a debate an nothing more. If he had been attacked, he would surely have gone beyond just sharing a photo.

Want do you think of the photo Jub Jub shared of the hole in the glass?> you might wish to join the conversation by dropping your thoughts in the comment section below.