Fans of Speedsta are shocked as the media man announces his departure from the popular YouTube commentary show, Popcast.

In case you’ve heard and still aren’t sure what to believe, it is happening. Mzansi DJ and media personality is leaving the YouTube commentary show, Popcast. He made the announcement in a recent tweet on Monday, August 17.

The announcement did not only sadden his fans but also raised a lot of questions. Here’s what he actually said about his exit. He revealed that he is currently shooting his last episode on the show. He also revealed that the SA Hip Hop experts said they want him out which is why he will be removing himself.

Speedsta has been hosting the show alongside Ms Cosmo, Siyabonga “Scoop Makhathini” Ngwekazi and DJ Vigilante since 2019. It’s overview of the SA music industry has captured a lot of attention. The announcement brought about divided reactions. While some agreed he has to leave, some didn’t. 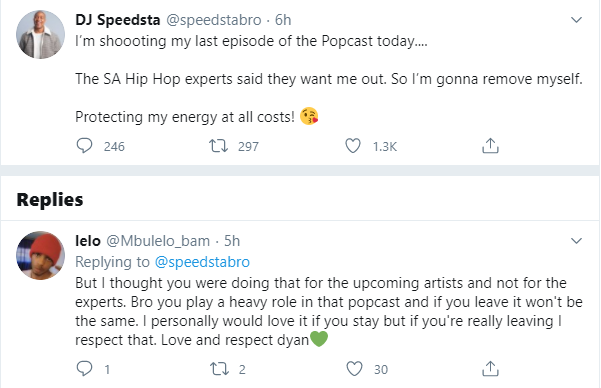 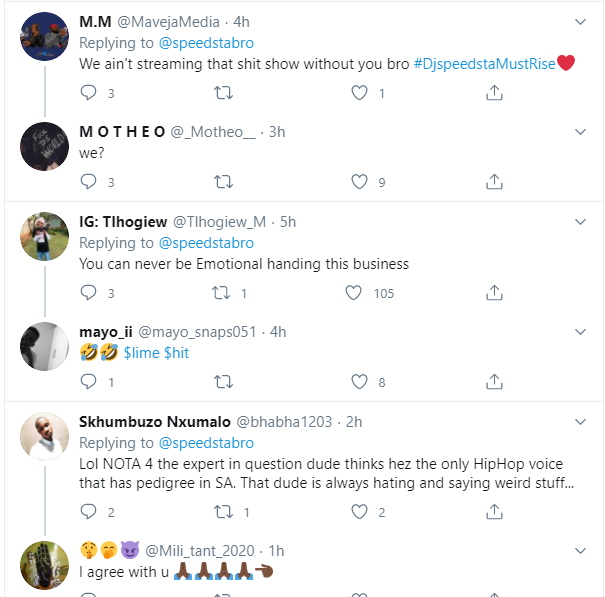