It is no longer news that Limpopo artist Master KG is missing in this year’s nomination list for the South Africa Music Awards (SAMA). Fans of the “Skeleton Move” hitmaker are puzzled about this omission and are just not having it.

To them, a song such ass “Jerusalema,” a collaborative work with Nomcebo, ought to be on the list of nominations this year. Well, it isn’t. And it has been a source of great annoyance to the muso’s fans, some of them claiming he was rigged out of it.

Master KG is all cool with the situation, though. He has sent his congratulations to all nominees for this year’s SAMA, noting that he would continue working hard until the award finally recognizes him.

While Master KG has apparently taken his loss in his strides, some of his fans are clearly still upset, and it appears nothing will assuage their anger. 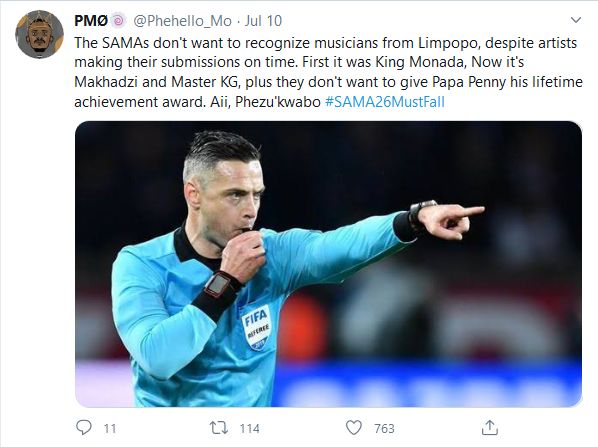 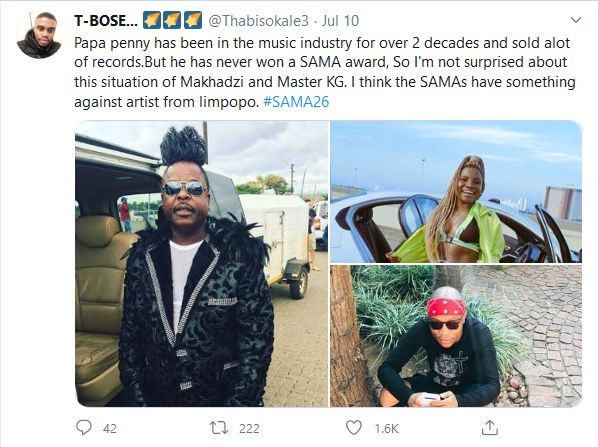 By the way, equally puzzling to some fans is that venda artiste Makhadzi, who had worked with Master KG on several songs, did not make the nominee list as well.

What do you think of Master KG’s song not making the nominee the list? You might wish to join the conversation by dropping your thoughts in the comment section.

Tags
Master KG Nomcebo Zikode
John Israel A Send an email 13 July 2020
Back to top button
Close
We use cookies on our website to give you the most relevant experience by remembering your preferences and repeat visits. By clicking “Accept All”, you consent to the use of ALL the cookies. However, you may visit "Cookie Settings" to provide a controlled consent.
Cookie SettingsAccept All
Manage Privacy